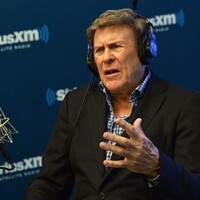 Cousin Brucie net worth: Cousin Brucie is an American radio personality who has a net worth of $3 million. Cousin Brucie was born in Brooklyn, New York in October 1935. His children Paige and Meredith are both actresses. Brucie started out in radio at in Bermuda at ZBM-AM. He started working in New York at the Top 40 station WINS in 1959 and moved to Miami in 1960. Cousin Brucie became known on WABC's evening program. He hosted Saturday Night Dance Party starting in 1985 as well as the syndicated show Cruisin' America. Brucie signed on with Sirius XM satellite radio to host Cousin Brucie's Saturday Night Party – Live and Cruisin' with Cousin Brucie. He appeared in the movies Sgt. Pepper's Lonely Hearts Club Band, Gas Pump Girls, Dirty Dancing, and Brooklyn Lobster. Cousin Brucie has also authored three books. He has been inducted into the National Radio Hall of Fame and the National Association of Broadcasters Hall of Fame.