Brooke Baldwin net worth and salary: Brooke Baldwin is an American journalist and television host who has a net worth of $10 million. She is best known for hosting the TV series "CNN Newsroom with Brooke Baldwin" which aired from 3pm to 4pm EST. Her annual salary at CNN was $4 million. In February 2021 Brooke announced she was stepping down from CNN. She spent 13 years at the network.

Brooke Baldwin was born in Atlanta, Georgia in July 1979. She graduated from UNC-Chapel Hill and UNC Hussman School of Journalism and Media. Baldwin began her career working at WVIR-TV in Charlottesville, Virginia in 2001. She then became a morning anchor at WOWK-TV in West Virginia. Brooke Baldwin worked as a lead reporter for WTTG in Washington, D.C.

She joined CNN in 2008. She began anchoring CNN Newsroom with Brooke Baldwin in 2014. She also co-hosted CNN's New Year's Eve Live with Anderson Cooper. Baldwin appeared in the movie "Batman v Superman: Dawn of Justice". She was nominated for News & Documentary Emmy Awards in 2015 for Outstanding Live Coverage of a Current News Story – Long Form and 2018 for Outstanding Breaking News Coverage. She also won a Peabody Award. 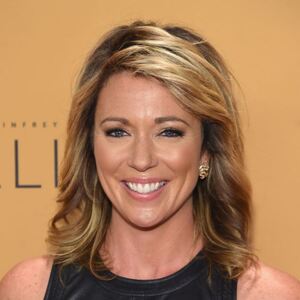