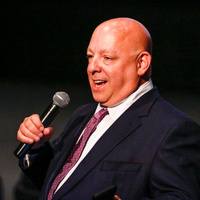 Brian Michael Bendis net worth: Brian Michael Bendis is an American comic book writer and artist who has a net worth of $4 million. Brian Michael Bendis was born in Cleveland, Ohio in August 1967. He has worked on many Marvel Comic books and has won five Eisner Awards. Bendis was the primary architect of the Ultimate Marvel Universe and launched Ultimate Spider-Man in 2000. He launched the New Avengers in 2004 and has also worked in video games, film, and television. In 2013 he started teaching at the University of Oregon. In 2014 he authored the book Words for Pictures. He is also known for his work on Daredevil, Jinx, House of M, Spider-Woman, and All-New X-Men. Bendis has written for the TV series Spider-Woman, Agent of S.W.O.R.D., Ultimate Spider-Man, Jessica Jones, and Powers.