Brian Kenny net worth: Brian Kenny is an American television personality and play by play announcer who has a net worth of $3 million. Brian Kenny was born in New York City, New York in October 1963. He graduated from the New York Institute of Technology and St. John's University. Kennedy is a studio host for the MLB Network and an announced for the network DAZN.

He hosts the television series MLB now and is known for being the face of sabermetrics and baseball analytics. Kenny worked for ESPN and hosted The Brian Kenny Show on ESPN Radio. He hosts the Baseball Hall of Fame Induction Ceremonies. Brian Kenny appeared in the movies Rocky Balboa in 2006 and Resurrecting the Champ in 2007. He has also appeared in episodes of the TV series The Dead Zone and Brockmire. Kenny won a National Sports Emmy Award for Baseball Tonight in 2003. He was named the Sports Illustrated Media Personality of the Year in 2004. 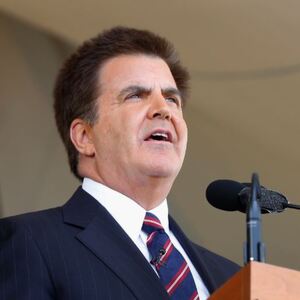