Brian Greene net worth: Brian Greene is an American theoretical physicist and string theorist who has a net worth of $2 million. Brian Greene was born in New York City, New York in February 1963. He graduated from Harvard College and Magdalen College, Oxford. Greene has served as a professor at Columbia University and is chairman and co-founder of the World Science Festival. He is known in several areas including describing the flop transition and relating two different Calabi-Yau manifolds. Greene has authored several books including The Elegant Universe, Icarus at the Edge of Time, The Hidden Reality, and The Fabric of the Cosmos. He has appeared in the movies Frequency and The Last Mimzy as well as in an episode of the television series The Big Bang Theory. Greene is a member of the Board of Sponsors of the Bulletin of the Atomic Scientists. 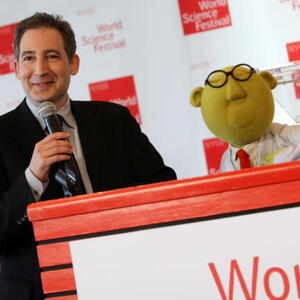