Brad Meltzer net worth: Brad Meltzer is an American novelist, screenwriter and comic book writer who has a net worth of $20 million. Brad Meltzer was raised in Brooklyn and Miami then graduated from the University of Michigan and thus became the first in his family to attend a four-year college.

However, his degree didn't stop him from getting 24 rejection letters for his first novel Fraternity. Luckily, Meltzer went on writing his second novel Tenth Justice, which became an instant New York Times bestseller. Slowly but surely, he became #1 New York Times bestselling author writing successful literary works like: The Inner Circle, Dead Even, The First Counsel, The Millionaires, The Zero Game, The Book of Fate and The Book of Lies. In 1994, he served as a co-writer of the original swearing-in oath, which is taken by all AmeriCorps members. Apart from being a writer, he was also a co-creator of the television series Jack & Bobby, which ran on the WB television network for one season from 2004 to 2005. In September 2006, he worked together with the CIA, FBI, numerous psychologists, and other staff from the Department of Homeland Security intelligence, to help them brainstorm possible ways that might be used by terrorists in a future attack to the US. 2010 marks the release of his first non-fiction book Heroes For My Son, a writing that he had worked on for almost a decade, i.e., from the night his first son was born. According to his interview, this book is part of a two-book deal with Meltzer's publisher, the second one being Heroes for My Daughter. The fact that his books have spent more than 10 months on the bestselling lists and have been translated into over 25 languages, prove once again that he is one of the most top-rated contemporary American writers. Brad currently lives in Florida with his lawyer wife. 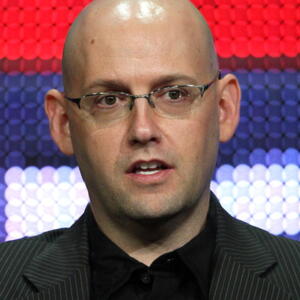