Brad Falchuk Net Worth and Salary: Brad Falchuk is an American television writer, director, and producer who has a net worth of $30 million. In addition to being Gwyneth Paltrow's husband, Brad is known for producing television shows including Glee, American Horror Story and Nip/Tuck. He is super producer Ryan Murphy's longtime producing partner.

Brad Falchuk was born on March 1, 1971 in Newton, Massachusetts. He attended the American Film Institute and graduated from Hobart and William Smith Colleges. In 2014 he was the commencement speaker for his alma matter's graduating classes.

He started off writing for television series like Mutant X, Earth: Final Conflict, and Veritas: The Quest. Falchuk served as a producer and writer for the TV series Nip/Tuck.

Brad and producing partner Ryan Murphy were both propelled to major success when they co-created, wrote, and executive produced the Fox series Glee. Glee became a pop culture phenomenon, airing 121 episodes over six seasons between 2009 and 2015.

He has won two AFI Awards for TV Program of the Year for Glee and a TV Quick Award for Best New Drama for Glee. Falchuk has been nominated for five Primetime Emmy Awards, a BAFTA Award, and two Writers Guild of America Awards. As of this writing he has won two Emmys.

Personal Life: Brad began dating fellow TV producer Suzanne Bukinik in 1994. They married in 2002 and had two children before divorcing in 2013. The following year Brad began dating actress Gwyneth Paltry. They actually met back in 2010 on the set of Glee when she first came to the show to play the role of Holly Holliday on the series. They became engaged in 2018 and married a few months later in the Hamptons.

Brad's brother Evan founded the United Independent Party and his mother Nancy is the national president of the American Jewish women's organization Hadassah. In 2008 he underwent emergency spinal surgery which inspired the Glee episode "Wheels". 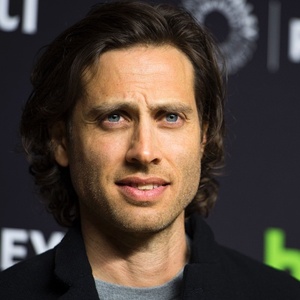