How much is Bobby Seale Worth?

Bobby Seale net worth: Bobby Seale is an American political activist who has a net worth of $1 million. Bobby Seale was born in Liberty, Texas in October 1936. He is best known for co-founding the Black Panther Party with Huey Newton. His family relocated to Oakland, California when he was eight years old and he dropped out of high school and joined the U.S. Air Force before being discharged for bad conduct. He earned his high school diploma and studied at Merritt College and joined the Afro-American Association where he met Newton. The pair was inspired by Malcolm X and created the Black Panthers in 1966. He authored the book Seize the Time: The Story of the Black Panther Party and Huey P. Newton which was published in 1970. Seale was one of the "Chicago Eight" who were charged with conspiracy and inciting to riot. He was sentenced to four years in prison and put on trial again in 1970. Seale has also authored his autobiography A Lonely Rage in 1978 and the cookbook Barbeque'n with Bobby Seale: Hickory & Mesquite Recipes in 1987. 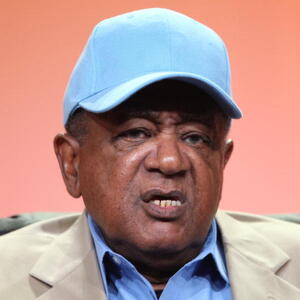