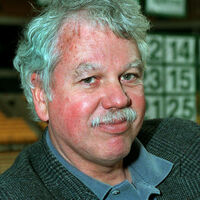 Bob Ryan net worth: Bob Ryan is an American sportswriter and television personality who has a net worth of $3 million. Bob Ryan was born in Trenton, New Jersey in February 1946. He formerly wrote for The Boston Globe. He started his career as a sports intern for the Globe and wrote several stories covering the Boston Celtics in the 1970s. After 44 years his final column was published in The Boston Globe in 2012. Ryan has won several awards including being a four time National Sportscasters and Sportswriters Association National Sportswriter of the Year, the Associated Press National Sportswriter of the Year, the Dick Schaap Award for Outstanding Journalism, the Curt Gowdy Award from the Basketball Hall of Fame, and the PEN/ESPN Lifetime Achievement award for Literary Sports Writing. He has authored 13 books and appeared on radio. Ryan is a regular panelist on the ESPN television series Around the Horn and a fill-in co-host for the TV series Pardon the Interruption.