Bob Kane net worth: Bob Kane was an American comic book artist who had a net worth of $10 million. Bob Kane was born in New York, New York in October 1915 and passed away in November 1998. He is best known for helping created the DC Comics superhero Batman. He studied art at cooper Union and then joined the Max Fleischer Studio in 1934 as a trainee animator.

Kane conceived "the Bat-Man" with help from Bill Finger. The Batman character debuted in 1939 in Detective Comics #27. Kane left the Batman comic books in 1943 to focus on the daily Batman newspaper comic strip. He was also responsible for creating characters such as Robin, The Joker, Two-Face, Catwoman, The Penguin, Scarecrow, and Clayface. Kane has 117 writing credits to movies, television, and video games related to Batman. He has been nominated for four Hugo Awards for Batman movies. His works are on display at the Museum of Modern Art in New York City, St. John's University in Jamaica, NY, and the Whitney Museum of American Art in New York City. Bob Kane passed away on November 1998 at 83 years old. 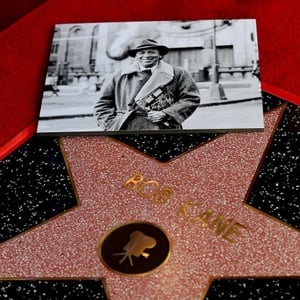