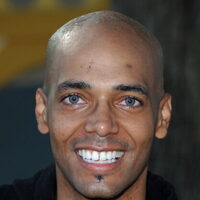 What is Billy Blanks Jr.'s Net Worth and Salary?

Billy Blanks Jr. is an American fitness guru, personal trainer, dancer, and author who has a net worth of $5 million. Billy is probably best known as the son of Billy Blanks, the legendary fitness icon and the creator of Tae Bo. That being said, Blanks Jr. has emerged as a celebrity in his own right, following in his father's footsteps and creating a number of fitness-related products. His net worth is even more impressive when you consider the fact that he reportedly received no financial assistance whatsoever from his father.

Outside of his work in the fitness world, Billy has earned recognition for his achievements as a dancer. He has appeared in a range of different music videos over the years, including those released by artists such as Madonna, Paula Abdul, Babyface, and many others. He also appeared in a range of television shows, including "The Practice," "Sister, Sister," and "American Dreams." In addition, he is an accomplished singer and stage actor who has appeared in the national tour of "Fame."

Billy Blanks Jr. was born in 1979 to fitness guru Billy Blanks and his wife, Gayle H. Godfrey, The pair initially met a karate class. He was raised in Los Angeles alongside Gayle's daughter, Shellie – who also became an influential fitness entrepreneur. Collectively, the Blanks are known as the "first family of fitness."

As a young boy, Billy Blanks Jr. became obsessed with dancing. Although he helped his father run fitness classes, he was happiest when imitating Michael Jackson's moves when the classes had ended, and he was reportedly mentored by Paula Abdul. During this time, Blanks Jr. also realized that his father's classes were too difficult for many people. This helped him form the initial idea for the "Dance it Out" program.

Despite the fame and fortune of his father, Blanks Jr.'s rise to success was not an easy one. In fact, he struggled with the strong possibility of homelessness at one point. In the early years, Billy and his wife used to teach fitness classes together in Sherman Oaks while living in a cheap motel. They were barely able to pay the bills. Billy also claims that he was unable to pay for Christmas presents, energy bills, and heating costs during a particularly bad period in 2011.

Prior to this struggle, Billy had already made something of a name for himself as a professional dancer. He worked with a number of high-profile artists, dancing in various music videos. He also started to choreograph school productions and local dance groups. He also booked a role in the national tour of the well-received musical "Fame." In addition, he appeared in two episodes of "Sister, Sister," playing the role of a bellboy.

He and his wife also debuted their first fitness DVD in 2007 called "Cardioke." The DVD proved to be quite popular, and Billy was given a DVD deal after premiering the dance-focused workout program on "Ellen Degeneres." Unfortunately, the DVD never really took off. Blanks Jr. claims that his DVD was shelved by the production company, who were concerned that his workout program would compete with other existing DVDs they had previously released. Another early DVD effort was "Fat Burning Hip Hop Mix," but it also failed to make much of an impact. An additional DVD release was "Dance Party Boot Camp." 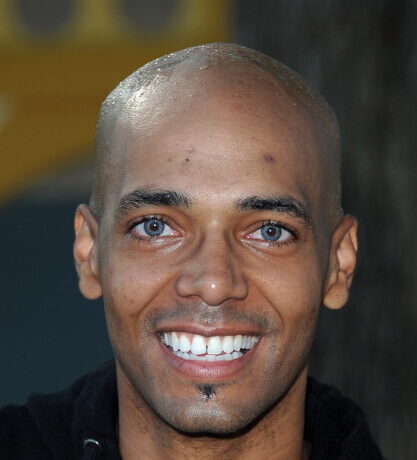 Eventually, it became to Billy and his wife that their current lifestyle was not sustainable. Their main source of income was teaching fitness classes, and this was not enough to pay the bills. Despite Billy's earlier successes, he found himself in dire straits by 2011.

His luck changed forever after he appeared on the popular reality TV show "Shark's Tank." Billy pitched his idea for a new workout program called "Dance it Out." This was essentially a new spin on past workout programs that Blanks Jr. had attempted to popularize in the past. The central goal of "Dance it Out" was to make working out more fun and accessible to a wider range of people. This goal is a direct consequence of Billy's work with his father. Over the years, Blanks Jr. learned that many people were not up to the task of his father's workout program. He even overheard Oprah Winfrey complaining that it was too difficult.

"Shark's Tank" represented Billy's big chance at success, but he amazingly turned down an offer from the sharks. He explained that he believed that the deal was not a smart business decision, and he walked away. This could have been the end of his journey if Daymond John had not tracked him down and convinced him to reconsider after the cameras had stopped rolling. By 2013, his "Dance it Out" DVD had released for the first time. Since then, the DVD has proven to be quite popular across the United States and in Japan. Despite this success (or perhaps because of this success), Billy Blanks Jr. and his father reportedly grew apart after the release of "Dance it Out." Some believe that this is due to the clear differences in philosophy with which both men approach the world of fitness. While Blanks Sr. has focused on martial arts and intense workouts, his son has focused on fun, lighthearted exercise based around dance.

In 2017, Billy became the new artistic director of the Wall Street Theater in Norwalk, Connecticut. He is also involved in the Fairfield County theater community, helping a nonprofit organization called Curtain Call with dance classes.

Billy Blanks Jr. is married to his wife, Sharon. Sharon is an integral part of Billy's journey and success, and they often conduct fitness classes together. The pair have two children together.