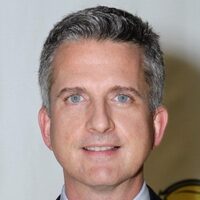 What is Bill Simmons' Net Worth and Salary?

Bill Simmons is an American sports columnist, analyst and author who has a net worth of $100 million. Bill Simmons is the former Editor-in-Chief of Grantland.com, which was an ESPN-affiliated blog that ceased publishing in 2015. He also is a former contributor to of columns and podcasts to the web site and ESPN. He is a former writer for ESPN The Magazine and Jimmy Kimmel Live!. Today Bill operates sports and pop culture website The Ringer.

Simmons is known for his style of writing, characterized by mixing sports knowledge and analysis, pop culture references, his non-sports-related personal life and for being written from the viewpoint of a passionate sports fan. Simmons has also created numerous internet memes, most notably the Ewing Theory (though he claims he did not come up with the idea) and the Manning Face. In 2007, he was named the 12th-most influential person in online sports by the Sports Business Journal, the highest position on the list for a non-executive. In 2012, Simmons became a member of the NBA Countdown pregame show on ESPN/ABC replacing Chris Broussard. Simmons left ESPN in 2015 and was quickly hired by HBO to host his own show, Any Given Wednesday. The show was canceled in November 2016.

Bill Simmons was born September 25, 1969 in Marlborough, Massachusetts. He attended College of the Holy Cross where he wrote sports articles for the school paper. He then earned a master's degree in print journalism from Boston University.

After grad school, Bill spent 8 years working random jobs before finally landing a gig with ESPN. During those 8 years he worked for the Boston Herald and as a high school sports reporter. In 1997 he started a website called BostonSportsGuy.com. He worked as a waiter and bartender to make ends meet. By 2001 his site averaged 10,000 readers and 45,000 pageviews per day. Around this time, ESPN invited him to write periodic sports columns for their website and magazine.

In 2003, Bill moved to Los Angeles after being hired as a writer on Jimmy Kimmel Live!. He continued writing for ESPN on the side. In 2004 he left the show to concentrate on sports writing.

In addition to writing for ESPN.com, he hosted his own podcast on ESPN.com entitled The B.S. Report, appeared as a special contributor on the television series E:60 and serves as an executive producer of ESPN's documentary project 30 for 30. On June 8, 2011, Simmons launched Grantland.com, an online magazine. Around this same time he began publishing his Sports Guy columns and B.S. Report podcasts on Grantland. 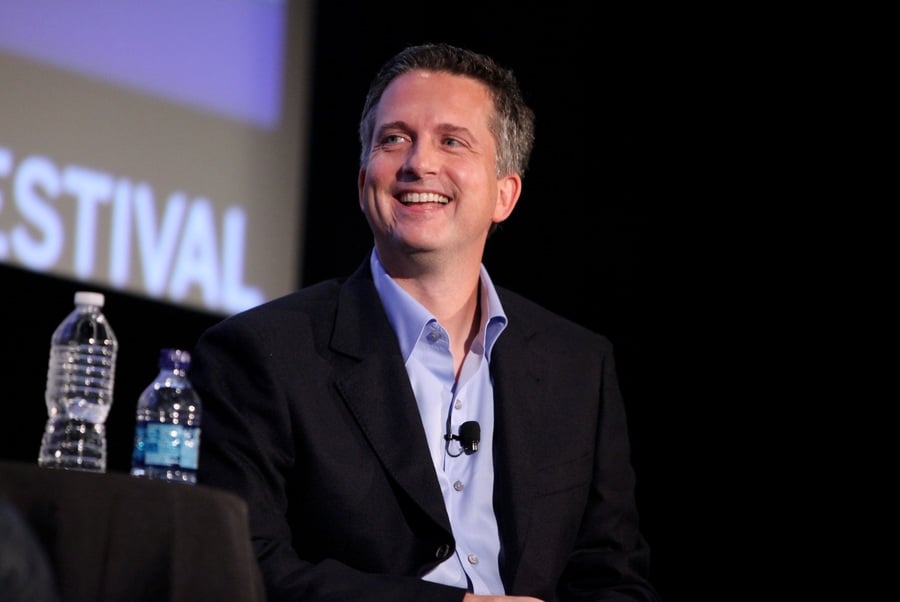 In February 2016 Simmons launched a website called The Ringer through his newly launched venture Bill Simmons Media Group. The Ringer officially went live on June 1, 2016. Over the next few years the company expanded into a highly successful podcast network with over 30 podcasts including his own "The Bill Simmons Podcast" and "The Rewatchables".

In January 2020, The Ringer was acquired by Spotify in what has been speculated – but not confirmed – to be a $200-$300 million purchase price. At the time of the acquisition, The Ringer had 90 employees, most of whom wrote daily content for the company's website. According to the Wall Street Journal, Spotify spent $400 million when it bought podcast network Gimlet Media in 2019. In 2018 Gimlet generated $15 million in revenue. The Ringer is believed to have generated $15 million in revenue in 2019.

In April 2020 Bill paid $16 million for a home in LA's Hancock Park neighborhood. According to an article from the LA Times in 2018, Bill owns five other houses in Los Angeles, in addition to the one he bought for $16 million in April 2020.