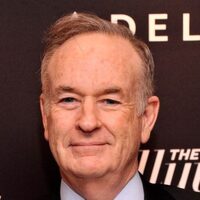 What is Bill O'Reilly's Net Worth and Salary?

Bill O'Reilly is an American author, radio host, syndicated columnist, political commentator, and former television host who has a net worth of $85 million. He is best known for his work on Fox News, where he hosted The O'Reilly Factor in various forms from 1996 to 2017. At the peak of his career with Fox News, Bill earned an annual salary of $25 million.

William James O'Reilly Jr. was born on September 10, 1949, in Manhattan, New York. He was raised in Fort Lee, New Jersey, and Levittown on Long Island. He has a sister, Janet. He attended Chaminade High School in Mineola, a private Catholic boys high school, graduating in 1967. He then proceeded to attend Marist College in Poughkeepsie, New York, also spending a year studying abroad in England at Queen Mary College at the University of London. Following his college graduation in 1971, he landed a job teaching English and history at Monsignor Pace High School in Miami. Returning to school in 1973, he earned a master of arts degree from Boston University in broadcast journalism. Later on, he also attended the John F. Kennedy School of Government at Harvard University, where he received a master of public administration degree in 1996.

O'Reilly began his television news career with reporting and anchoring positions at WNEP-TV in Scranton, Pennsylvania. While there, he also occasionally reported the weather. Other stations he worked at during the early years of his career include WFAA-TV in Dallas, KMGH-TV in Denver, KATU in Portland, WFSB in Hartford, WNEV-TV (now WHDH-TV) in Boston, and WCBS-TV in New York. During this period he won two local Emmy Awards for his news coverage: one in Denver for his coverage of a skyjacking, and one in New York for his investigation of corrupt city marshals. Additionally, he also worked as a correspondent for CBS News in 1982.

After O'Reilly delivered a eulogy in 1986 for his friend Joe Spencer, an ABC News correspondent who died in a helicopter crash while covering a story, ABC News president Roone Arledge was impressed by his speaking at the funeral and decided to hire him. While at ABC, O'Reilly hosted daytime news briefs previewing stories that were to be reported on the program World News Tonight and was also a general assignment reporter for programs such as Good Morning America and Nightline.

He moved on to join the nationally syndicated show Inside Edition in 1989, which was produced by King World back then and produced by CBS Television Distribution now. He quickly became the program's anchor, a mere three weeks later, after original anchor David Frost left the show. O'Reilly was replaced by Deborah Norville in 1995.

O'Reilly was hired in October 1996 to anchor his own show on Fox, The O'Reilly Report, later renamed The O'Reilly Factor. The show enjoyed great popularity and is credited with beginning the trend of more opinion-oriented prime-time cable news programming. However, O'Reilly and his show were often accused of distorting facts and using misleading statistics in his reporting. Additionally, O'Reilly hosted the radio show The Radio Factor from 2002 to 2009 and returned to radio in 2019 with a daily 15-minute series, The O'Reilly Update. 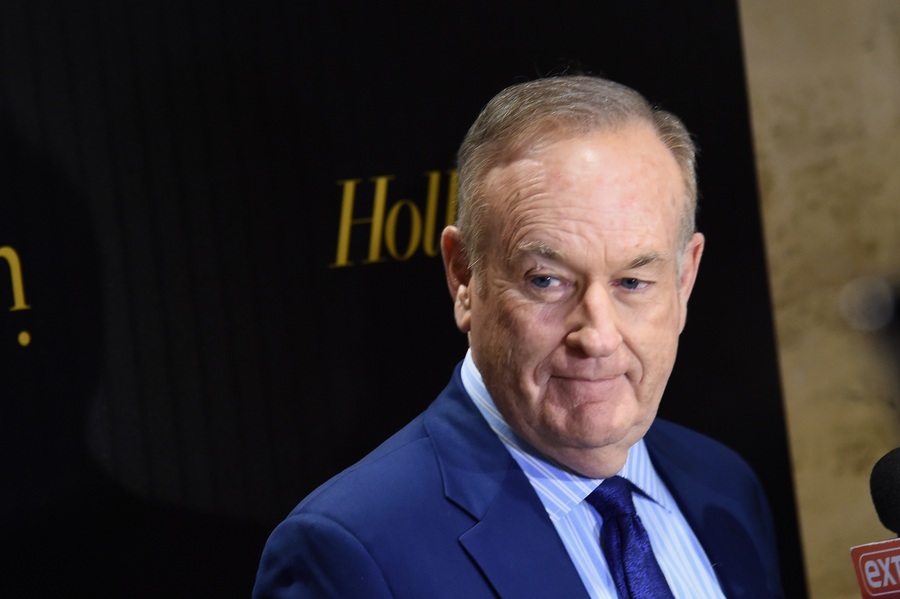 In April 2017, the New York Times released a report that detailed how Bill O'Reilly and Fox paid $50 million to settle various sexual harassment lawsuits brought against the anchor. One settlement alone was for $9 million. The controversy caused a firestorm of criticism which eventually led to his firing from the network. A few months after his dismissal, an additional report revealed yet another settlement in the amount of $32 million, allegedly paid to one woman. That's a total of $82 million in alleged payoffs. This final allegation also caused Bill to be dropped by his agents at the United Talent Agency.

He was subsequently replaced by Tucker Carlson who over the next year slowly grew to a point where his average viewership consistently meets or beats O'Reilly's former best numbers. Tucker is paid a fraction of Bill's former salary, which was reported to be $25 million a year. O'Reilly also reportedly received a $25 million settlement from Fox when he was fired, the equivalent of one year's salary.

Outside of television and radio, Bill is a prolific author. Since 1998, Bill has written more than 15 books, many of which have risen to the top of the New York Times bestsellers list. His 2006 book Culture Warrior sold one million print copies in its first three months alone. After his firing from Fox News in 2017, O'Reilly also moved into the world of podcasting with his podcast No Spin News premiering in April 2017.

Bill was married to PR executive Maureen McPhilmy from 1996 until their separation in 2010. Their divorce was finalized in 2011. They have a daughter and a son together and each still resides in the upscale neighborhood of Manhasset, New York on Long Island.

In May 2016, O'Reilly sued McPhilmy for $10 million claiming she "made false representations and material omissions of existing fact … for the sole purpose of inducing Plaintiff to agree to a consensual divorce and to obtain money and real property to finance an existing extra-marital relationship." McPhilmy is now married to a police officer named Jeffrey Gross. She reportedly bragged to have been cheating on Bill with Jeffrey throughout their marriage.