Bill Bryson net worth: Bill Bryson is an American author who has a net worth of $10 million. Bill Bryson was born in Des Moines, Iowa in December 1951. He has resided in Britain for much of his adult life and served as chancellor of Durham University from 2005 to 2011. Bryson authors books on travel, the English language, science, and more.

He has written the books The Palace under the Alps and Over 200 Other Unusual, Unspoiled and Infrequently Visited Spots in 16 European Countries, The Lost Continent: Travels in Small-Town American, The Mother Tongue: English and How It Got That Way, Neither Here Nor There: Travels in Europe, Made in America: An Informal History of the English Language in the United States, Notes from a Small Island, A Walk in the Woods: Rediscovering America on the Appalachian Trail, I'm a Stranger Here Myself, In a Sunburned Country, Bryson's Dictionary of Troublesome Words, Walk About, Bill Bryson's African Diary, A Short History of Nearly Everything, The Life and Times of the Thunderbolt Kid, Shakespeare: The World as Stage, Bryson's Dictionary for Writers and Editors, Icons of England, A Really Short History of Nearly Everything, At Home: A Short History of Private Life, One Summer: America, 1927, and The Road to Little Dribbling: More Notes From a Small Island. 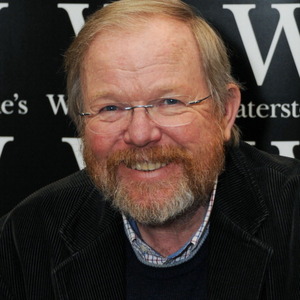