Bill Ayers Net Worth: Bill Ayers is an American elementary education theorist and former counterculture leader who has a net worth of $1.5 million dollars. Bill Ayers, also known as William Charles Ayers, was born in Glen Ellyn, Illinois, and earned his B.A. in American Studies from the University of Michigan.

He first rose to national recognition as an activist and counterculture leader during the Vietnam War, heading a regional chapter of the Students for a Democratic Society. He also served as the head of Children's Community School, a small "free school" run out of a church basement. He subsequently became one of the most influential leaders of the Weather Underground, a militant counterculture group that planted homemade bombs in the US Capitol and the Pentagon, among other major buildings. After living as a fugitive for many years, an agreement with authorities was finally reached. He went on to earn multiple degrees in Education from Bank Street College and Columbia University. He also worked as a college professor and published a controversial memoir called, "Fugitive Days: A Memoir". 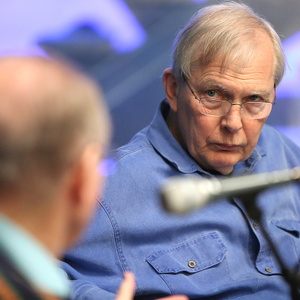