Bevy Smith net worth: Bevy Smith is an American writer, commentator, television personality, and business woman who has a net worth of $2.5 million. She is probably most well-known for co-hosting the show "Fashion Queens" on Bravo. She also hosts a daily one hour show on Sirius/XM.

Bevy Smith was born, raised, and still lives in Harlem, New York. She rose to fame writing and talking about pop culture, fashion, and entertainment. She has contributed to Vibe, Essence, Rolling Stone, Latina, Glamour, and Interview, among other publications, and has also appeared on pop culture programs on VH1, E!, Bravo, TV One, BET, HLN, Access Hollywood, and Oxygen. Smith was the senior director of fashion advertising at Rolling Stone and fashion and beauty advertising director for Vibe magazine.

She is also the founder and host of "Dinner with Bevy", a social networking event held in New York that has become one of the most coveted social events currently organized. She is part of the cast of the new Bravo reality series, "Fashion Queens", with Atlanta-based stylists, Miss Lawrence and Derek. On February 18, 2012, as a BET News correspondent, Smith hosted "BET Remembers Whitney Houston:. The live special featured Smith as she interviewed several friends of Houston to share memories of the late singer. On June 3, 2014, Smith appeared as guest co-host on "The View". 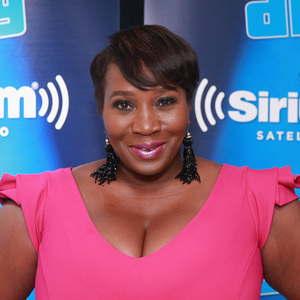