Ben Mezrich net worth: Ben Mezrich is an American author who has a net worth of $8 million. Ben Mezrich is probably most famous for writing the books "The Accidental Billionaires", "Bringing Down the House", "Rigged" and "Ugly Americans". "The Accidental Billionaires" told the story of Facebook founder Mark Zuckerberg which was eventually turned into the hit David Fincher movie "The Social Network". "Bringing Down the House" was turned into the Kevin Spacey movie "21". Mezrich has also branched out into the world of fiction, writing several novels. One of them is "Reaper", which deals with a computer virus. As has become seemingly standard practice, this book was also turned into a movie; this one made for TV and called Fatal Error. He also receives a screenwriting credit on the episode of the FOX supernatural thriller series The X-Files entitled "Skin."

In 2019 Ben released "Bitcoin Billionaires" which led to him working as a consulting producer on the Showtime series "Billions". Although Mezrich is most known for his highly readable non fiction books, he clearly has an aptitude for fiction as well. 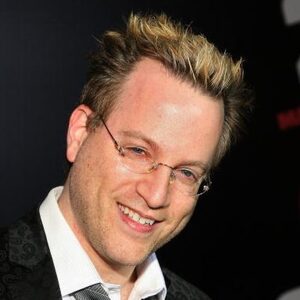