Ben Mankiewicz net worth: Ben Mankiewicz is an American radio and television personality who has a net worth of $1 million. Ben Mankiewicz was born in Santa Monica, California in March 1967. After graduating from Tufts University and Columbia University he started his career with WCSC-TV in Charleston, South Carolina as an anchor and reporter. As an actor Mankiewicz appeared in the 2013 film White House Down as well as in episodes of the TV series The Practice, Big Love, and Party Down. From 2008 to 2009 he was a co-host on the television series Siskel & Ebert. Mankiewicz also hosted the series What the Flick?! from 2010 to 2012. In 2009 he appeared as a guest expert on the game show Who Wants to Be a Millionaire. He has also appeared in episodes of the TV series TMZ on TV, The Rotten Tomatoes Show, The Young Turks with Cenk Uygur, and Jeopardy!. Mankiewicz also served as the executive producer for the TV series What the Flick?! from 2010 to 2011 and has hosted Turner Classic Movies. 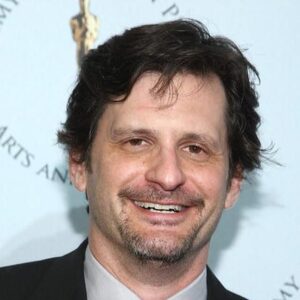