Ben Elton Net Worth: Ben Elton is an English comedian, author, actor, director, and playwright who has a net worth of $3 million. Ben Elton was born in Fitzrovia, London, England in May 1959. Elton was part of London's alternative comedy movement of the 1980s. He has worked as a writer for television series such as Alfresco, The Young Ones, Happy Families, Black-Adder II, Filthy Rich & Catflap, Black Adder the Third, Blackadder Goes Forth, The Man from Auntie, The Thin Blue Line, The Ben Elton Show, Blessed, and The Wright Way.

Elton has written the musicals We Will Rock You in 2002 and Love Never Dies in 2010 which was a sequel to The Phantom of the Opera. He has also published 13 novels. He has had four of his books hit #1 in the UK and five more reach the Top 5. He was awarded an Honorary Rose for lifetime achievement at the Rose d'Or festival in 2007. As an actor Ben appeared in the TV series There's Nothing to Worry About!, Alfresco, and The Young Ones. He also won a BAFTA TV Award for Best Comedy Series for Blackadder Goes Forth in 1990. In November 2014 Elton verbally attacked Communications Minister Malcolm Turnbull over issues of Tony Abbott's G20 speech, climate change, and leadership. 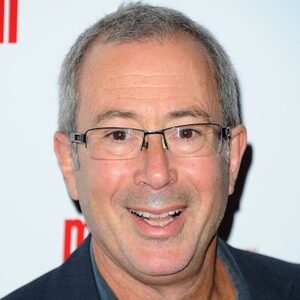