B. Simone Net Worth

in Richest Celebrities › Authors
B. Simone Net Worth:
$1 Million

B. Simone net worth: B. Simone is an American actress and social media personality who has a net worth of $1 million. She is perhaps best known for starring on the TV series Wild 'N Out.
B. Simone was born in Dallas, Texas. She has more than five million followers on Instagram.

She began starring on the television series Wild 'N Out in 2017. B. Simone starred on the reality TV series You're My Boooyfriend in 2019. She also starred on the reality TV series Girls Cruise in 2019. B. Simone appeared on the game show Hip Hop Squares in 2019. She has also appeared on episodes of the TV series Ridiculousness and Dish Nation. As an actress she appeared in the films #DigitalLivesMatter, I Got the Hook Up 2, and Ray Jr's Rent Due. B. Simone was an executive producer of the TV series You're My Boooyfriend in 2019. In 2020 she was accused of plagiarizing portions of work in her book. 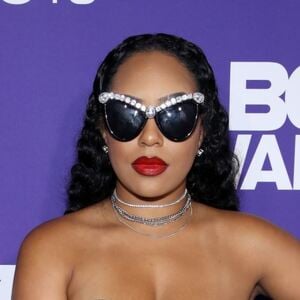