His father was John G. Robison,  the former head of the philosophy department at the University of Massachusetts, Amherst. His mother Margaret Robinson is also a writer, a poet to be exact. In 1978, when Augusten was 12, his parents got a divorce. It must have been a pretty acrimonious split, because he was subsequently adopted by his mother's psychiatrist who resided in the Northampton area of Massachusetts. Eventually, he dropped out of school after the sixth grade and obtained a GED at the age of 17. Burroughs' books are published by St. Martin's Press and Picador. The book Running with Scissors chronicled some of his experiences as a child. His 2003 memoir, Dry, on the other hand, was about his experience during and after treatment for alcoholism. His writing continues to focus on subjects such as advertising, psychiatrists, religious families, and home shopping networks. In addition to his published books, his shorter work has appeared in publications such as The New York Times, Home & Garden, Black Book Magazine, New York Magazine, Bark, Attitude, and Out. Burroughs also writes a monthly column for the magazine Details. He is also a former commentator on National Public Radio's Morning Edition. Some major publications such as People, The Guardian, and Entertainment Weekly have profiled Burroughs. He was ranked 15 on the 2005 list of "The 25 Funniest People in America" by Entertainment Weekly and was named to the magazine's "It List". Burroughs' career hit a new peak in the mid-2000s, after Running with Scissors was made into a film in 2006. 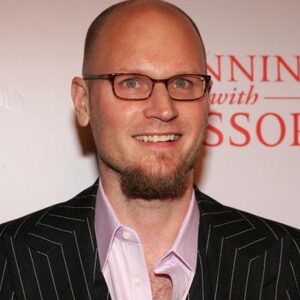