Anthony Horowitz net worth: Anthony Horowitz is an English novelist and screenwriter who has a net worth of $20 million. Anthony Horowitz was born in Stanmore, Middlesex, England in April 1955. He is best known for mystery and suspense. Horowitz has authored several works for young adult readers including his The Diamond Brothers Series, The Power of Five series, and the Alex Rider series.

Anthony Horowitz has also authored works or adults including the Sherlock Holmes novels The House of Silk in 2011 and Moriarty in 2014 as well as Mindgame in 2001, Magpie Murders in 2016, and The World is Murder in 2017. Horowitz wrote the James Bond novel Trigger Mortis in 2015. He is also a television writer and created the TV series Foyle's War, Injustice, Collision, and New Blood. In 1996 he was nominated for a BAFTA Award for Best Single Drama for The Last Englishman with Sue Vertue and John Henderson. 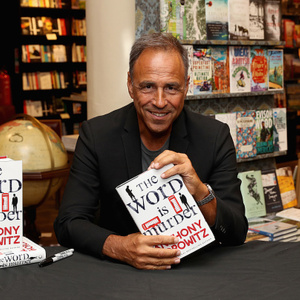