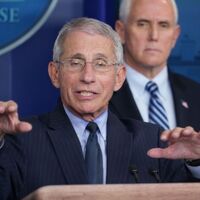 What is Anthony Fauci's Net Worth and Salary?

Anthony Fauci is an American immunologist and physician-scientist who has a net worth of $5 million. Anthony Fauci is best known for serving as the director of the National Institute of Allergy and Infectious Diseases, as well as the Chief Medical Advisor to the President of the United States. For over 50 years, he has worked in the public health sector, and has made significant contributions to scientific research on a variety of viral diseases. In 2020, Fauci gained renewed recognition as one of the leading members of the White House COVID-19 Response Team.

Anthony Fauci was born on Christmas Eve in 1940 in the Brooklyn borough of New York City. His father, Stephen, was a pharmacist and pharmacy owner, while his mother, Eugenia, worked at the pharmacy's register with his sister. Fauci is of Italian descent. As a teen, he attended Regis High School, a private Jesuit school on the Upper East Side of Manhattan. There, he captained the school basketball team. Fauci subsequently attended the College of the Holy Cross in Massachusetts, graduating in 1962 with a BA in classics with a pre-med track. He went on to enroll at Cornell University's medical college, from which he graduated with his MD in 1966. Fauci then took an internship and residency at New York Hospital-Cornell Medical Center.

Following the completion of his medical residency in 1968, Fauci became a clinical associate at the Laboratory of Clinical Investigation at the National Institute of Allergy and Infectious Disease. In 1974, he became head of the physiology section, and in 1980 became chief of the NIAID's Laboratory of Immunoregulation. Four years later, he was appointed the director of the NIAID, a position he has held ever since.

Fauci has been at the forefront of efforts in the United States to combat such viral diseases as SARS, Ebola, the Swine flu, and COVID-19. Additionally, he has made numerous critical scientific observations that have advanced the study and understanding of human immunology. Fauci has developed therapies for various diseases that were once fatal, and has contributed substantially to the understanding of HIV/AIDS. In the early 80s, he was one of the leading researchers tackling the AIDS epidemic when the rest of the government was ignoring it.

Since 2020, Fauci has been leading the charge in educating the public about the COVID-19 pandemic. He was a member of the White House Coronavirus Task Force under Donald Trump, and became the de facto public health spokesperson for the office of the president. Fauci was an early advocate of mitigation measures such as social distancing and mask-wearing to slow the spread of the virus. His efforts were frequently hampered, however, by the Trump administration, which refused to take the threat of COVID-19 seriously, and vocally opposed safety protocols while propagating false and conspiratorial information about the disease.

Fauci has had a smoother time in his role at the NIAID and the White House under President Joe Biden. He has described the experience as "liberating," as he no longer has to worry about speaking openly and truthfully about science. Moreover, the public availability of vaccines in early 2021 to target COVID-19 led to a decrease in cases and a reopening of much of the country. 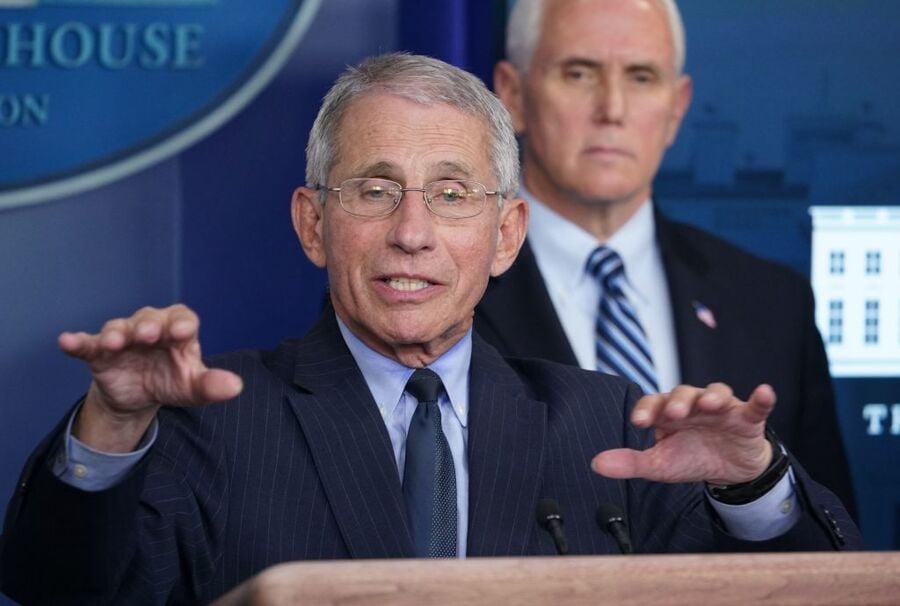 Although he has worked in the American public health sector for over five decades, Fauci has experienced his most widespread recognition during the COVID-19 pandemic. Due to his prominent role as spokesperson in the media, he has become the subject of numerous tributes and pop-culture representations, including on television and in merchandising. Notably, Brad Pitt portrayed him on an episode of "Saturday Night Live" in 2020, earning the actor an Emmy nomination. The same year, bakeries across the country sold pastries graced by Fauci's face. In September of 2021, a biographical documentary about him, entitled "Fauci," was released by Magnolia Pictures.

As director of the National Institute of Allergy and Infectious Diseases, Dr. Anthony Fauci's annual government salary is approximately $430,000. In 2019 he earned $417,608. In 2020 he earned $434,312. In both of those years he was the highest-paid federal employee in recent years. When you combine book royalty income and financial dividends, his annual income likely is around $1 million.

After more than five decades as a federal employee, Dr. Anthony Fauci is eligible to receive $350,000 per year in retirement benefits. His final annual benefit will be calculated by taking 80% of his average salary from the most recent three years of service. That amount would increase over time to take into account cost-of-living and inflation adjustments. It will be the highest-ever federal government retirement package paid in US History.

Depending on the value of his stock investments at a given time, Dr. Fauci's net worth could be as low as $3 million and as high as $10 million.

For a detailed breakdown of Anthony Fauci's net worth and other financial disclosures please check this article. According to his latest federal financial disclosures, Dr. Fauci's financial investments are largely made up of bland mutual funds and money market funds that have nothing to do with the medical or vaccine industry. For example, he owns investments in the Vanguard Small Cap Index, the Schwab Government Money Fund, and the CIBC Atlas Disciplined Equity Fund.

In a given year he typically earns $100,000 – $1 million in royalties for editing a medical book  titled "Harrison's Principles of Internal Medicine.

Fauci is the recipient of a plethora of awards, including the Arthur S. Flemming Award, the Ernst Jung Prize, the National Medal of Science, and the American Association of Immunologists Lifetime Achievement Award. In 2008, he was bestowed with the Presidential Medal of Freedom. During the COVID-19 pandemic, he received the Harris Dean's Award, the John Maddox Prize, the Dan David Prize, and the President's Medal of the George Washington University. Fauci also has been named an honorary doctor of science by such institutions of higher learning as Bates College, Duke University, Colgate University, American University, Boston University, and McGill University.

In 1985, Fauci wed Christine Grady, a bioethicist and nurse at the National Institutes of Health. Together, they have three daughters.