Anne Hegerty net worth: Anne Hegerty is an English television personality who has a net worth of $4 million. She is known for presenting television quiz shows and is one of the "chasers" on the TV game show "The Chase". On the show she is known as "The Governess" and "Frosty Knickers". She has been a "chaser" since 2010. In 2015 she began appearing on "The Chase Australia". In 2018 she competed on the ITV reality television series "I'm a Celebrity…Get Me Out of Here!". In the same year she began appearing on "Britain's Brightest Family".

Anne Hegerty was born in Westminster, London, England on July 14, 1958. She started out her career as a journalist, working as a reporter for the South Wales Argus. She ultimately moved to Manchester, England where she took a job as a ghostwriter. She was reportedly diagnosed with Asperger syndrome in 2003, at the age of 45. At the 2019 World Quizzing Championship, Anne finished 122nd.

On "The Chase", contestants compete against a professional quizzer, known as "the chaser". Anne is one of six chasers. The chasers attempt to prevent the contestant from winning a cash prize. The show has won numerous awards and is consistently one of ITV's most-popular daytime shows.

She also appeared on episodes of the TV series Ant & Dec's Saturday Night Takeaway, Let's Sing and Dance for Comic Relief, The Family Chase, The Wright Stuff, Loose Women, This Morning, Celebrity Chase, and more. She was the fifth contestant eliminated on I'm a Celebrity…Get Me Out of Here!. 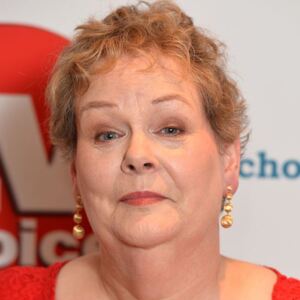