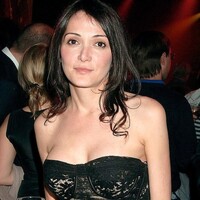 Annabelle Neilson net worth: Annabelle Neilson was an English model, children's book author, and reality television personality who had a net worth of $20 million dollars at the time of her death in 2018. Born in South London, she was best known for appearing on the hit Bravo reality television series, Ladies of London, and for her friendship with designer Alexander McQueen. She was well known for being on the international party circuit for many years and had dozens of celebrity friends including Kate Moss, Jude Law, Naomi Campbell, and Richard Branson. For over 20 years she served as the muse for Alexander McQueen and says she still missed her friend terribly for years after his death. Annabelle was born to London investment and property adviser Max Neilson and interior designer, Elizabeth Neilson, and raised in West London and Oxfordshire. She was a known adventurer and motorcycle enthusiast, and considered herself to be more rock and roll than typical aristocracy Brit. Annabelle Neilson had many nicknames including Tinkerbelle, Bitbull, and Bat. She loved science fiction and believed in aliens and ghosts. She was also known for being a bit no nonsense when she was dealing with some of the American cast members on Ladies of London. She may be most famous for dating and marrying global banking magnet Nathaniel Philip Rothschild whom she met on a beach in India when she was in her teens; the couple dated for six years. The two eloped in Las Vegas in 1995,  but the marriage fell apart 2 years later in 1997. The pair came to a strict and secure financial settlement in 1998 which required Annabelle to revert to her maiden name and sign a confidentiality agreement promising to never discuss her relationship with Rothschild. Tragically, Annabelle Neilson died on July 12, 2018 at the age 49.