Anita Sarkeesian net worth: Anita Sarkeesian is a Canadian-American media critic, blogger, and feminist who has a net worth of $300 thousand. Anita Sarkeesian was born in Ontario, Canada in 1983. She graduated from California State University, Northridge and then got her master's degree from York University. In 2009 she launched her website and video blog Feminist Frequency and in 2011 she created the video series Tropes vs.

Women and later Tropes vs. Women in Video Games. She started the Kickstarter project for funding of Tropes vs Women in Video Games but became targeted by an online harassment campaign in 2012. These events put Sarkeesian in the news at the center of discussions regarding misogyny in video game culture and online harassment. She was forced to cancel a lecture at Utah State University in 2014 after receiving terrorist threats. She received the Ambassador Award in 2014 at the 14th Annual Game Developers Choice Awards and was nominated for the Ambassador Award at the 2014 Microsoft Women in Gaming Awards. She was also named one of fifty Game Changers by The Verge in 2014. 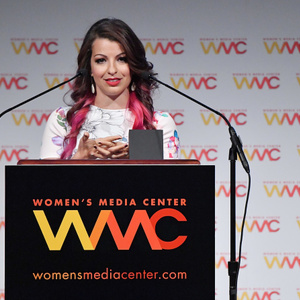