Andy Borowitz net worth: Andy Borowitz is an American writer, actor, and comedian who has a net worth of $10 million. Andy Borowitz was born in Shaker Heights, Ohio in January 1958. He is a New York Times bestselling author and is well known for his column The Borowitz Report which was acquired by The New Yorker. Borowitz won the first National Press Club award for humor. He has authored the books The Trillionaire Next Door – The Greedy Investor's Guide to Day Trading, Who Moved My Soap? – The CEO's Guide to Surviving in Prison, Governor Arnold – A Photodiary of His First 100 days in office, The Borowitz Report – The Big Book of Shockers, The Republican Playbook, Who Moved My Soap? – The CEO's Guide to Surviving In Prison – The Bernie Madoff Edition, The 50 Funniest American Writers* (*according to Andy Borowitz) – An Anthology of Humor from Mark Twain to The Onion, and "An Unexpected Twist". Borowitz has also written for the television series Archie Bunker's Place, Square Pegs, Dreams, The Facts of Life, Easy Street, Day by Day, Out All Night, The Fresh Prince of Bel-Air, and Aliens in the Family. 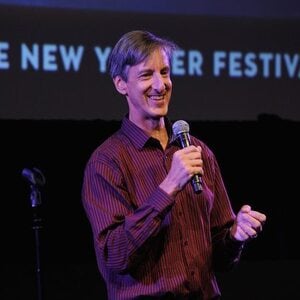