What Is Andrew Weil's Net Worth?

Andrew Weil is an American physician and author who has a net worth of $100 million. Andrew Weil has been described as a guru in the areas of holistic health and integrative medicine. He graduated from Harvard and spent a more than a decade with the Harvard Botanical Museum. Andrew frequently contributed to "High Times" magazine, and he has published numerous books, including "The Natural Mind: An Investigation of Drugs and the Higher Consciousness" (1972), "From Chocolate to Morphine: Everything You Need to Know About Mind-Altering Drugs" (1983), "Eight Weeks to Optimum Health" (1997), "Healthy Aging" (2005), and "Fast Food, Good Food: More Than 150 Quick and Easy Ways to Put Healthy, Delicious Food on the Table" (2015).

He founded the Andrew Weil Center for Integrative Medicine, and he has served as a visiting faculty member at the Institute for Integrative Nutrition. Andrew also founded The Weil Foundation, which is dedicated to "advancement of integrative medicine through training, research, the education of the public, and policy reform," and the True Food Kitchen restaurant chain. He wrote and produced the 2006 documentary "Dr. Andrew Weil's Healthy Aging," and he has appeared in documentaries such as "The Hemp Revolution" (1995), "Kumbh Mela: Songs of the River" (2004), "The 11th Hour" (2007), "Escape Fire: The Fight to Rescue American Healthcare" (2012), "Dying to Know: Ram Dass & Timothy Leary" (2014), and "Fantastic Fungi" (2019).

Andrew Weil was born Andrew Thomas Weil on June 8, 1942, in Philadelphia, Pennsylvania. He grew up in a Reform Jewish family, and his parents ran a millinery store. After graduating from high school in 1959, Andrew spent a year living abroad in Greece, India, and Thailand thanks to a scholarship he was awarded by the American Association for the United Nations. Weil then earned a B.A. degree in biology from Harvard University in 1964, and as a college student, he met Harvard psychologists Richard Alpert (who later became known as Ram Dass) and Timothy Leary, wrote for and edited the "Harvard Crimson," and experimented with the psychedelic hallucinogen mescaline. Andrew wrote an exposé for the "Crimson" claiming that "undergraduates had indeed been able to obtain access to psilocybin" from the Harvard faculty research team. He wrote an undergraduate thesis entitled "The Use of Nutmeg as a Psychotropic Agent," and after earning his degree, Weil enrolled at Harvard Medical School "simply to obtain a medical education" with no intention of becoming a doctor. He graduated from the school in 1968, though the faculty threatened to withhold his degree due to a "controversial marijuana study Weil had helped conduct." In 1968, Andrew landed a medical internship at San Francisco's Mount Zion Hospital, and around this time, he also began volunteering at the Haight-Ashbury Free Clinic.

After his internship ended, Andrew worked at the National Institute of Mental Health (NIMH) for a year, and from 1971 to 1975, he traveled the world as a Fellow of the Institute of Current World Affairs, gathering information about "drug use in other cultures, medicinal plants, and alternative methods of treating disease." In 1971, he also joined the Harvard Botanical Museum's research staff and investigated psychoactive and medicinal plants there until 1984. Weil published his first book, "The Natural Mind: An Investigation of Drugs and the Higher Consciousness," in 1972, and in the '80s, he published "Marriage of Sun and Moon: Dispatches from the Frontiers of Consciousness" (1980), "Health and Healing" (1983), and From Chocolate to Morphine: Everything You Need to Know About Mind-Altering Drugs" (1983). Andrew founded the Arizona Center for Integrative Medicine, which is located at the University of Arizona College of Medicine, in 1994. Besides being the center's director, he is also a Professor of Public Health, Clinical Professor of Medicine, and Lovell-Jones Endowed Chair in Integrative Rheumatology.

Weil founded the restaurant chain True Food Kitchen, which is "fundamentally based on science" and offers food and beverages that "work to increase the longevity of our people and planet." True Food Kitchen has more than 40 locations and has expanded to 16 more states since the first restaurant opened in Phoenix, Arizona, in 2008. He has written for "Prevention" magazine and the "Huffington Post," and he has appeared on TV shows such as "Larry King Live," "The Today Show," "60 Minutes," "The Colbert Report," "The Ellen DeGeneres Show," and "The Dr. Oz Show." Andrew's official website describes him as "a world-renowned leader and pioneer in the field of integrative medicine, a healing-oriented approach to health care which encompasses body, mind, and spirit." 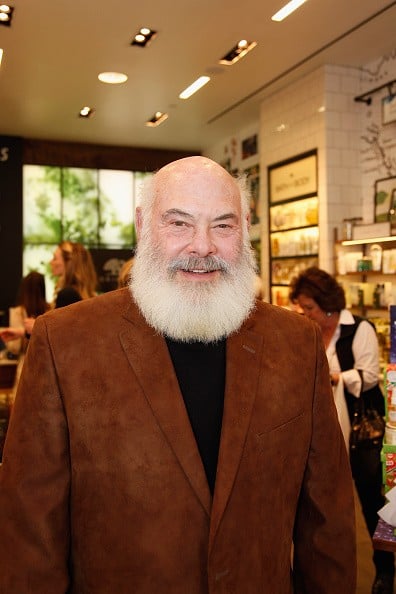 Andrew was married to Sabine Kremp from 1990 to 1997, and they welcomed daughter Diana in 1991. Diana is a Certified Nutrition Specialist who focuses on integrative and functional nutrition, and she has written for her father's website, DrWeil.com. After Andrew and Sabine divorced, he began a relationship with art dealer Kathy Goodman.

After Weil launched a line of nutritional supplements, he entered into a $14 million deal to sell them through drugstore.com. The company sued him in 2005 after they paid him $3.9 million, alleging in the lawsuit, "Weil essentially has failed to perform any of his marketing obligations under the agreement." Andrew said that drugstore.com wanted him to promote the supplement line every time he appeared on TV, and he ended up walking away from the $10 million still owed to him under the contract. The company renegotiated its agreement with him so that drugstore.com would just handle order fulfillment of the supplement line, removing any "substantive contractual obligations between drugstore.com and Dr. Andrew Weil."

Weil graced the cover of "Time" magazine in 1997 and 2005, and the publication included him on its 2005 list of the world's 100 most influential people. In 1998, he was inducted into the Academy of Achievement, and the following year, his "Ask Dr. Weil" website was featured in the "Forbes Best of the Web Directory" due to its "straightforward tips and advice on achieving wellness through natural means and educating the public on alternative therapies." Andrew was honored with the 2022 Leadership Award at the Integrative Healthcare Symposium.

Andrew Weil owned an 85-acre property in Vail, Arizona (near Tucson), and in late 2011, he sold it for $1.56 million. Known as the South X9 Ranch, the 11,000 square foot property features 11 bedrooms, a stone labyrinth, and a swimming pool. Andrew originally listed the property for $3.25 million.