Andrea Mitchell Net Worth and Salary?

Andrea Mitchell is an American television journalist, anchor, and reporter who has a net worth of $5 million. Her annual salary is $750,000. Mitchell is the Chief Foreign Affairs & Chief Washington Correspondent for NBC News, and she has anchored "Andrea Mitchell Reports" on MSNBC since 2008. Andrea published the book "Talking Back… to Presidents, Dictators, and Assorted Scoundrels" in 2005, and she has appeared as herself on the television series "30 Rock' (2010), "Political Animals" (2012), "Alpha House" (2014), and "Murphy Brown" (2018).

Andrea Mitchell was born on October 30, 1946, in New Rochelle, New York. She grew up in a Jewish household with mother Cecile, father Sydney, and siblings Susan and Arthur. Cecile worked as an administrator at the New York Institute of Technology, and Sydney was the CEO and part-owner of a Manhattan-based furniture manufacturing company as well as president of New Rochelle's Beth El Synagogue. Andrea attended New Rochelle High School, and after graduation, she enrolled at the University of Pennsylvania. As a college student, she was the news director of WXPN, the student radio station. In 1967, Andrea earned a Bachelor of Arts degree in English Literature.

After graduating from college, Mitchell took a job as a reporter at Philadelphia's KYW radio, where she served as the City Hall correspondent. She also reported for KYW-TV,  KYW radio's sister station. In 1976, she was hired by Washington, D.C.'s WTOP, a CBS affiliate, and she began working as a general correspondent for NBC's network news two years later. In 1979, Andrea became the energy correspondent for NBC News and reported on the nuclear accident at Three Mile Island. She began covering the White House in 1981, and she was NBC News' Chief White House Correspondent from 1993 to 1994. Mitchell was NBC's Chief Congressional Correspondent from 1988 to 1992, and she became the Chief Foreign Affairs Correspondent in 1994. 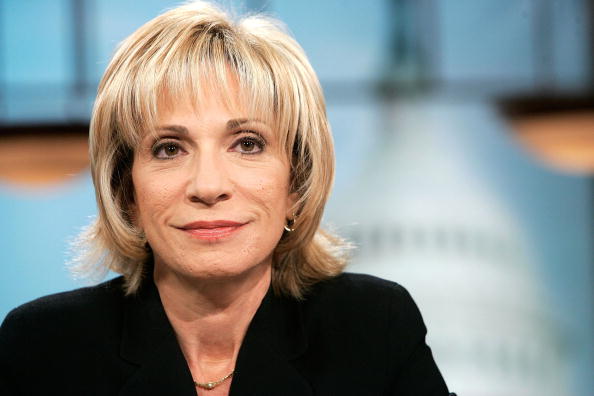 Andrea reported on the 2008 presidential election for "Today," "NBC Nightly News with Lester Holt," and MSNBC, and she has appeared on "Meet the Press" more than 50 times as a correspondent, panelist, or guest host. She has appeared in the documentaries "Amateur Night at City Hall: The Story of Frank L. Rizzo" (1978), "9/11: In Our Own Words" (2011), "The Circus: Inside the Greatest Political Show on Earth" (2016), "Hillary" (2020), and "Velshi" (2020). Mitchell competed against Oliver North and Bill Maher on "Jeopardy!" during Power Players Week in 1997, and she has been a guest on the comedy programs "Late Night with Conan O'Brien," "Late Night with Seth Meyers," and "The Daily Show." Andrea has also appeared on the television shows "Larry King Live," "Hardball with Chris Matthews," "The Rachel Maddow Show," "Charlie Rose," "Ronan Farrow Daily," "The Rundown," "Morning Joe," and "Washington Week in Review."

Andrea was married to Gil Jackson from 1970 to 1975, then she began a relationship with Federal Reserve Chair Alan Greenspan in 1984. The couple married on April 6, 1997, and Supreme Court Justice Ruth Bader Ginsburg officiated the ceremony. In September 2011, Mitchell revealed that she had breast cancer, stating "Mine was discovered during my annual screening just a short time ago. Luckily for me, I am one of the fortunate ones; we discovered it in the earliest stage, it hadn't spread, and I'm already back at work with a terrific prognosis." In 2017, she founded the Andrea Mitchell Center for the Study of Democracy to "contribute to the ongoing quest for democratic values, ideas, and institutions throughout the world."

In 2003, "The Washington Post" reported that Andrea had leaked the identity of CIA Agent Valerie Plame. Mitchell later stated, "I was called by the CIA because it was erroneously reported in 'The Washington Post' that I was the recipient of the leak before [Robert] Novak's column came out, and I had not been. So I was never questioned because I simply told the FBI…that I had not been a recipient of the leak; in fact, I had learned about it from Novak's column like everyone else." Andrea said of Plame, "It was widely known amongst those of us who cover the intelligence community and who were actively engaged in trying to track down who among the foreign service community was the envoy to Niger. But frankly I wasn't aware of her actual role at the CIA and the fact that she had a covert role involving weapons of mass destruction, not until Bob Novak wrote it." 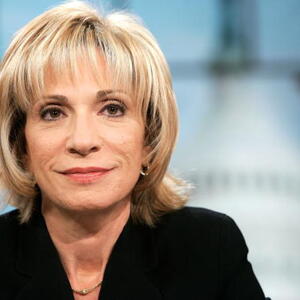