Anatoly Karpov Net Worth: Anatoly Karpov is a retired Russian chess player who has a net worth of $5 million. Born in May of 1951 in Zlatoust, Soviet Union (which was still intact at the time), Karpov is best known for being a grand master and World Champion of chess.

He held the overall world title for chess for 10 years, from 1975 until 1985, when he was finally defeated by Garry Kasparov. However, Karpov then beat Kasparov in 1993 and held the title in 1999 when he resigned. For his efforts, he's considered to be one of chess's greatest players of all time. Karpov first began playing chess when he was only 4 years old, becoming a Candidate Master by the time he was 11. Then at 12, began attending chess school and tied the record for youngest Soviet National Master at 15. His style of play is said to be that of a "boa constrictor," which is also how one of his biggest inspirations, Jose Raul Capablanca, played throughout his career. Though he has since retired from professional play, Karpov keeps up a number of hobbies, including stamp collecting. Additionally, he combines his stamp hobby by keeping a collection of chess stamps, and owns a library of more than 9,000 chess books. 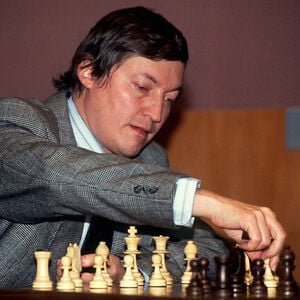