Amy Goodman net worth: Amy Goodman is an American broadcast journalist, investigative reporter, syndicated columnist, and author who has a net worth of $3 million. Amy Goodman was born in Washington, D.C. in April 1957. She has covered the East Timor independence movement as well as Chevron Corporation's role in Nigeria.

Goodman has hosted the global news program Democracy Now! since 1996. Goodman won the Thomas Merton Award in 2004, the Right Livelihood Award in 2008, and an Izzy Award in 2009. She also received the Gandhi Peace Award in 2012. She has authored the books The Exception to the Rulers: Exposing Oily Politicians, War Profiteers, and the Media That Love Them, Static: Government Liars, Media Cheerleaders, and the People who Fight Back, Standing up the Madness: Ordinary Heroes in Extraordinary Times, Breaking the Sound Barrier, The Silenced Majority: Stories of Uprisings, Occupations, Resistance, and Hope, and Democracy Now!: Twenty Years Covering the Movements Changing America. Goodman narrated the 2006 film One Bright Shining Moment: The Forgotten Summer of George McGovern. 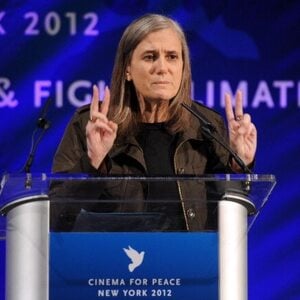