What is Alice Walker's Net Worth?

Alice Walker is an American novelist, poet, and activist who has a net worth of $8 million. Alice Walker is best known for writing the novel "The Color Purple." For the book, she became the first African-American woman to win the Pulitzer Prize for Fiction. Walker's other works have included the novels "Meridian," "The Temple of My Familiar," and "Possessing the Secret of Joy," and the poetry collections "Horses Make a Landscape Look More Beautiful" and "Taking the Arrow Out of the Heart."

Alice Walker was born on February 9, 1944 in Eatonton, Georgia as the youngest of eight children of sharecropper parents Minnie and Willie. At the age of four, she was enrolled at East Putnam Consolidated. When she was eight, Walker sustained an injury to her right eye after her brother hit her with a BB gun projectile. Due to her family not owning a car to take her to the hospital, she became permanently blind in her right eye. It was this incident that inspired Walker to read and write.

As a teen, Walker went to Butler Baker High School, the only area school open to black students. After graduating as the class valedictorian, she went to Spelman College in Atlanta on a full scholarship. When her mentors there were transferred, and another mentor was fired, Walker accepted a scholarship to Sarah Lawrence College in Yonkers, New York. She graduated from the school in 1965.

During the beginning of her senior year at Sarah Lawrence, Walker became pregnant. The abortion that followed, as well as an episode of suicidal ideation, became the inspiration behind Walker's debut poetry collection, entitled "Once." The collection was released in 1968.

Following her graduation from Sarah Lawrence, Walker did a stint working for the New York City Department of Welfare. She subsequently returned to the South, where she started working for the Legal Defense Fund of the National Association for the Advancement of Colored People, located in Jackson, Mississippi. Additionally, Walker worked as a consultant to the Friends of the Children of Mississippi Head Start program. Later, she took up writing residencies at Jackson State University and Tougaloo College. Walker went on to become the editor of Ms. Magazine in the early 70s.

Walker released her debut novel, "The Third Life of Grange Copeland," in 1970; it focuses on the life of the titular character, an abusive and feckless sharecropper, as well as his wife, son, and granddaughter. In 1976, Walker published her second novel, "Meridian," which centers on Southern activists during the civil rights movement. Many of the book's events have parallels to Walker's personal experiences.

It was Walker's third novel, 1982's "The Color Purple," that would become her most famous work. The book relays the journey of Celie, a poor African-American teenager living in the American South at the turn of the 20th century. Throughout, she is forced to contend with the depredations of racism and the patriarchy. A bestseller, "The Color Purple" won the Pulitzer Prize for Fiction and the National Book Award for Fiction. Moreover, it was adapted into a critically lauded film in 1985 directed by Steven Spielberg and starring Whoopi Goldberg, Oprah Winfrey, and Danny Glover. Later, in 2005, "The Color Purple" became a hit Broadway musical. 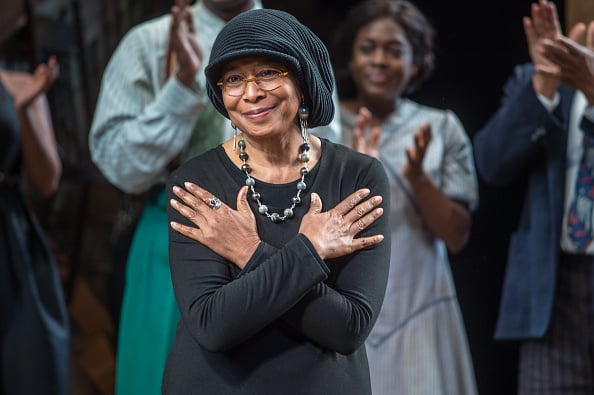 Walker has published numerous further novels since "The Color Purple," as well as short story collections, non-fiction works, and poetry collections. Among her notable novels are 1989's "The Temple of My Familiar" and 1992's "Possessing the Secret of Joy." The latter focuses on the life of Tashi, who was a minor character in "The Color Purple." Walker's non-fiction books have included "In Search of Our Mothers' Gardens: Womanist Prose," "Warrior Marks," "We Are the Ones We Have Been Waiting For," and "Overcoming Speechlessness." Her notable short story collections include 2000's "The Way Forward is with a Broken Heart," which she based on her own life experiences. Walker's poetry collections include "Revolutionary Petunias and Other Poems"; "Absolute Trust in the Goodness of the Earth"; "Hard Times Require Furious Dancing"; and "Taking the Arrow Out of the Heart."

Walker is as notable for her writing as she is for her activism. She attributes her early work in the civil rights movement to Martin Luther King Jr., whom she met when she was a student at Spelman College. Walker participated in the 1963 March on Washington, and later volunteered to help black voters in Mississippi and Georgia register to vote. She has also been an outspoken advocate for women of color, and coined the word "womanist" to signify a black feminist. Walker is a longtime sponsor of the Women's International League for Peace and Freedom.

Among her other activist endeavors, Walker traveled to Gaza with 60 other female activists to urge Israel and Egypt to open up their borders with Gaza. She returned in 2011 to participate in the Gaza flotilla, which was designed to puncture Israel's naval blockade.

Walker has been charged with antisemitism on a number of occasions. Notably, she commended British conspiracy theorist David Icke, whose books perpetuate antisemitic ideas. Walker also published a poem called "It is Our (Frightful) Duty to Study the Talmud," which included explicitly antisemitic lines. Moreover, she has prohibited the publishing of "The Color Purple" in Hebrew.

In 1967, Walker wed civil rights attorney Melvyn Leventhal in New York City. They subsequently moved to Jackson, Mississippi, where they became the first legally betrothed interracial couple in the state. Walker and Leventhal had a daughter named Rebecca. The pair eventually divorced in 1976. Following this, Walker moved to Northern California, where she co-founded the feminist publishing company Wild Tree Press with Robert L. Allen.

In the mid-1990s Alice Walker bought a home in Berkeley, California. She sold this home in 2016 for $2.65 million. The buyer was the chancellor of U.C. Berkeley. 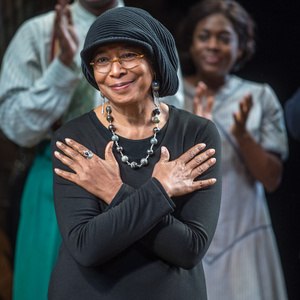