Alex Wagner Net Worth: Alex Wagner is an American television host and liberal political commentator who has a net worth of $3 million. Alex Wagner was born December 4, 1977 in Washington, D.C. She is best known as the anchor of the daytime program Now with Alex Wagner on MSNBC.

Prior to coming to MSNBC, Wagner was a reporter with the Huffington Post, where she covered innovation in the American economy, investigating the intersection of business, politics, and new technology. Prior to this position, Wagner served as the White House correspondent for Politics Daily, where she chronicled a number of international and domestic affairs ranging from the BP oil spill to the Egyptian revolution. Wagner was the executive director of Not On Our Watch, an advocacy and grant-making non-profit founded by actors George Clooney, Matt Damon, Brad Pitt, and Don Cheadle (2007-09). Wagner traveled to troubled regions such as Burma, Sudan and Zimbabwe with the goal of stopping and preventing mass atrocities. She was the editor-in-chief of The Fader magazine, covering cultural movements around the globe, from Brazil to China to South Africa (2004-07), prior to which she served as the cultural correspondent for the Washington, D.C.-based think tank Center for American Progress. Alex has been widely praised for her thoughtful analysis, laid-back format and ability to fairly moderate political discussions. POLITICO lauded Wagner's style of handling pundits, noting that "her ability to facilitate-rather than dominate-the conversation is what makes it feel genuine and organic. Mediaite deemed Alex's show "provocative and informative," and Capitol File Magazine called her "the newest reason to tune into MSNBC. Alex has also been profiled by Glamour, Elle and Details, who called her one of the new political pundits to watch. Wagner is a native of Washington, D.C. and attended Brown University. 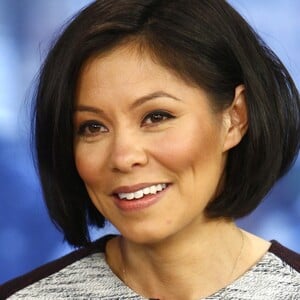