Albert Uderzo Net Worth: Albert Uderzo is a French comic book artist and scriptwriter who has a net worth of $50 million. Albert Uderzo was born in Fismes, Marne, France in April 1927. Uderzo is best known for his Asterix series. He chose the location for Asterix's village based on Brittany, France where he spent a year as a teenager.

After World War II he started his career as an artist in Paris. He created comics such as Flamberge, Clopinard, Belloy, and Arys Buck. In 1951 Albert met Rene Goscinny. The pair worked together at World Press in Paris. They created the characters Jehan Pistolet, Luc Junior, and Oumpah-pah. In 1959 Albert became artist director of Pilote magazine. The first issue of the magazine introduced the character Asterix. The pair decided to dedicate their careers to Asterix and not the other characters. In addition to Asterix Uderzo wrote what was turned into the TV series The Aeronauts, which aired from 1967 to 1970. Albert is color blind and would frequently draw himself and Goscinny into the Asterix comics, usually as anonymous Roman soldiers. He has been awarded the Knight of the Legion of Honour and the Knight of the Order of the Netherlands Lion. In 2005 he was inducted into the Eisner Award Hall of Fame. Albert is married to Ada and has one daughter. 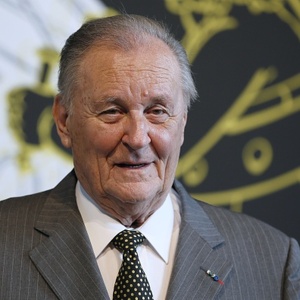