What is Austin Chumlee Russell's net worth and salary?

Austin Chumlee Russell was born on September 8, 1982, in Henderson, Nevada. He earned the nickname "Chumlee" when he was 12-years-old after his father compared him one day to the walrus "Chumley" on the cartoon "Tennessee Tuxedo" because of his large face and prominent chin. Needless to say, the name stuck. Chumlee has two siblings, a brother named Sage and a sister named Terra. One of his childhood best friends was Corey Harrison, son of Rick Harrison and grandson of Richard Harrison. Richard and Rick Harrison founded the Las Vegas-based Gold and Silver Pawn Shop in 1989 which is located just a few minutes off the Las Vegas strip.


Chumlee began working at Gold and Silver when he was 21 years old. The pawnshop gained its first level of notoriety after being featured on the Comedy Central television show "Insomniac with Dave Attell." After that episode aired, Rick Harrison pitched a full-fledged series to dozens of production companies and networks until finally, The History Channel bought it. "Pawn Stars" debuted in 2009 when Austin had been working there for five years.

Today, Chumlee works behind the counter of the pawnshop and is known for his comic foibles.  The show follows the goings-on at the Las Vegas-based 24-hour Gold & Silver Pawn Shop. Austin famously was able to talk a local Maserati shop into selling him a $100,000 car for only $85,000 proving his skills as a haggler. "Pawn Stars" is currently the most popular show on The History Channel.

Chumlee became breakout cast member as well as a fan favorite on "Pawn Stars." Chumlee started his own company selling novelty items that he designed. Chumlee's sales of his merchandise are bigger than other stars of "Pawn Stars" thanks to his popularity with the show's fans. Chumlee sold half of his stake in his company to Rick Harrison so that the Gold & Silver Pawn Shop could sell his novelty items more efficiently.

Chumlee opened Chumlee's Candy on the Boulevard in 2017. It is located across the street from the Gold and Silver Pawn Shop in Las Vegas. His brother Sage Russell runs the day to day operation of the candy store.

"Pawn Stars" continues its seemingly boundless run on History Channel, which is set to begin filming its 17th season in September 2020. 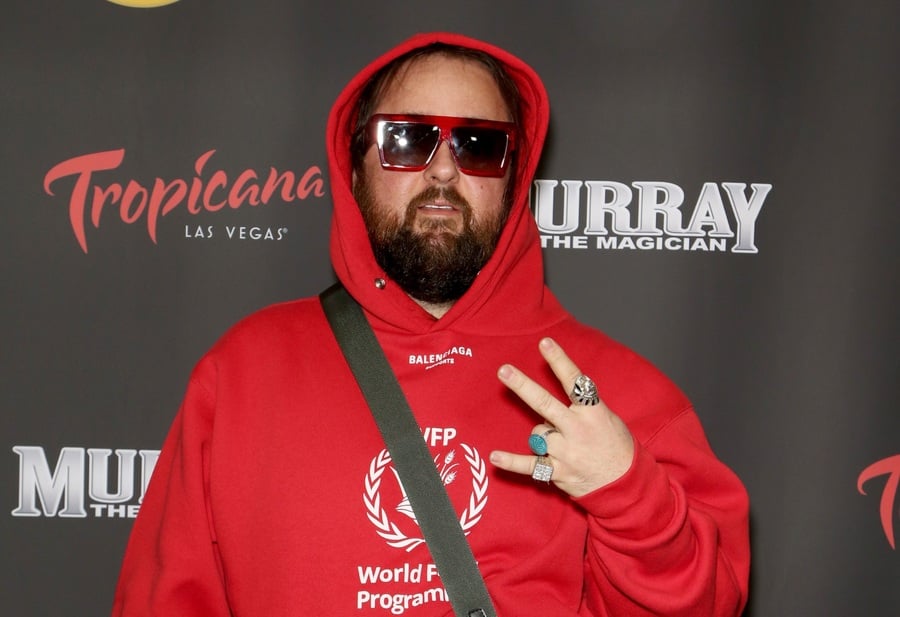 On March 9, 2016, Chumlee's home was raided during the course of an investigation into sexual assault allegations. Police found crystal meth, marijuana, Xanax, and multiple firearms. Chumlee was arrested. He was released on bond the next day. However, on May 23, 2016, Chumlee was charged with 20 felony counts of drug and weapons charges. He pleaded guilty to a felony weapons charge, unlawful possession of a firearm, and a gross misdemeanor of attempted drug possession in exchange for three years of probation and counseling.

He has a special interest in vintage pinball machines. Chumlee is also an avid shoe collector with more than 200 pairs in his closet. He also enjoys sports, video games, skateboarding, and the Pokémon Trading Card Game. He is a fan of punk rock and rap music. His favorite TV shows are "Boardwalk Empire," "Sons of Anarchy," and "Breaking Bad."

In addition to his Maserati, Chumlee owns a Rolls-Royce Phantom, Range Rover, Cadillac Escalade, and a 1964 Impala SS. He enjoys driving his 1986 Buick Regal, which he customized with hydraulic lifts on the front and back.

Chumlee weighed 345 pounds before undergoing gastric sleeve surgery, which reduced his stomach capacity to a mere six ounces. He worked out six days a week and has improved his diet, including drinking more juice, eating more vegetables, and giving up red meat. Chumlee lost 110 pounds. He was inspired to make a major change due to his dad's death from pancreatic cancer at 54.

In March 2020, Chumlee was rushed to Valley Hospital in Las Vegas after suffering severe abdominal pain and trouble breathing. Thankfully, he tested negative for Covid-19.

Chumlee is married to Olivia Russell. They were friends for a while before dating. The couple officially got engaged in May 2018. In August 2019, they got married. Now, no one really knows where Olivia is. In July 2020, fans noticed that all pictures of her had been scrubbed from Chumlee's Instagram account. She was going to the University of California, Santa Barbara while Chumlee lives in Las Vegas and films "Pawn Stars." He posted on his social media that it was hard living apart but the sacrifices would be worth it.

In the meantime, Chumlee recently started filming season 17 of "Pawn Stars." Technically, the network cannot film due to COVID-19 restrictions, so the Harrisons and Chumlee are taking matters into their own hands.


For every episode of Pawn Stars that airs, Chumlee earns a salary of $25,000.

In February 2019, Chumlee sold his Las Vegas home for $1.375 million. Located about five miles off the Las Vegas Strip, the two-acre property features a 6,200-square-foot home, a guesthouse, and an entertainer's backyard with a rock-lined swimming pool. It also included the "Chum Chum Room," which came complete with a stripper's pole. He paid $1.1 million for the party house in 2012. 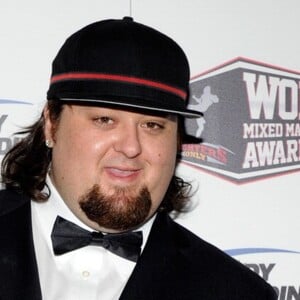