Ashlan Gorse net worth: Ashlan Gorse is an American entertainment journalist who has a net worth of $400 thousand dollars. Ashlan Gorse was born in North Carolina in December 1980. Her home was destroyed in the 1998 Raleigh tornado when she was seven years old. She graduated from the University of North Carolina at Chapel Hill's School of Journalism with a degree in broadcasting. Gorse was part of the NBC page program in New York City. She worked on The Today Show, Saturday Night Live, and Late Night with Conan O'Brien. Ashlan worked for Access Hollywood in Manhattan as a production assistant and field producer. She became a reporter for MSNBC as well as a segment producer. Gorse appeared on MTV's Made as a coach. She moved to Los Angeles in 2006 and became editor at large for Life & Style magazine. Gorse has appeared on The Today Show, The O'Reilly Factor, the CBS Early Show, and The Insider as a gossip and pop-culture guru. She has covered the Grammys, Emmys, Oscars, and Golden Globes. She worked for E!: Entertainment Television from 2008 to 2013. Ashlan has done a PSA for skin cancer. Gorse married Phillippe Cousteau Jr. in 2013. 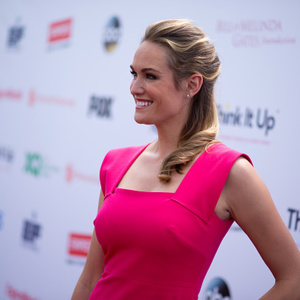