Arzo Anwar net worth: Arzo Anwar is an American stylist and reality television personality who has a net worth of $400 thousand. Anwar is the owner of Blend Showroom in the Garment District of New York City and works as a celebrity stylist and fashion designer. She is a native of Kabul, Afghanistan and fled to the United States at a young age, spending much of her childhood in Northern California. Arzo arrived in New York at the age of 21 with two suitcases and hustled her way to the top of the fashion industry with hard work, integrity, and perseverance.

In 2005, Arzo opened Blend Showroom, a contemporary women's multi-line showroom. Blend Showroom originally operated solely as a sales showroom that helped emerging designers launch their lines, but it has now evolved into a sales, styling, PR, fashion show production, and a consulting business. In addition to her work in fashion, Arzo is also a cast member of the hit Bravo reality series, Blood, Sweat and Heels. Arco is a longtime friend of fellow castmate Melyssa Ford, and made a splash on her first season of the show during a feud erupted between Melyssa Ford and and Geneva Thomas.  Arzo is currently in a relationship with Brandon (a.k.a. Yestirday), a pop/R&B music artist who is a client and nine years her junior. 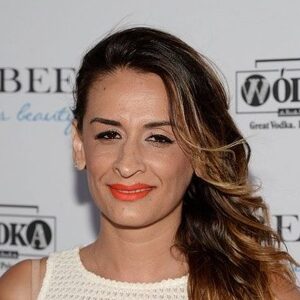