What is Anthony Cumia's Net Worth and Salary?

Anthony Cumia is an American radio personality and broadcaster with a net worth of $5 million. Anthony Cumia is best known for being one of co-hosts of the provocative "Opie and Anthony" radio show, which aired from 1995 to 2014. The show dissolved after SiriusXM fired Cumia for a series of racially charged tweets towards a woman of color. After being fired, Anthony began an audio and video podcast called "The Anthony Cumia Show," which has aired ever since.

Anthony Cumia was born on April 26th of 1961 in Queens, New York. Anthony was raised alongside an older brother and younger sister in an Italian-American household, and the family lived in various locations around the city. Cumia's parents separated during his early teens, and he lived with his father in Southern California before returning to New York. Anthony installed HVAC systems prior to entering radio. During his formative years, Cumia found influences in the likes of Don Imus and Howard Stern.

Anthony Cumia began his career in 1994, after submitting an O.J. Simpson parody song to a contest held by Gregg "Opie" Hughes on his radio show "Nighttime Attitude." Hughes and Cumia eventually launched the "Opie and Anthony" show in 1995 on WAFF in Boston. In 1998, WAFF fired the pair for misleading the public during an April Fool's prank. Afterwards, the "Opie and Anthony" show bounced between radio stations until landing a position on XM Satellite Radio in 2004.

In 2014, SiriusXM fired Anthony for a series of racist, hate-filled tweets against a black woman who allegedly assaulted him in Times Square. Cumia's firing ended the "Opie and Anthony" show, which had begun to fizzle out due to strained relations. At the time of their firing, Opie and Anthony were each earning $5 million per year.

After being fired, Cumia began an audio and video podcast called "The Anthony Cumia Show." In 2018, Anthony published a memoir entitled "Permanently Suspended: The Rise and Fall… and Rise Again of Radio's Most Notorious Shock Jock," which received lukewarm reviews among a few critics. 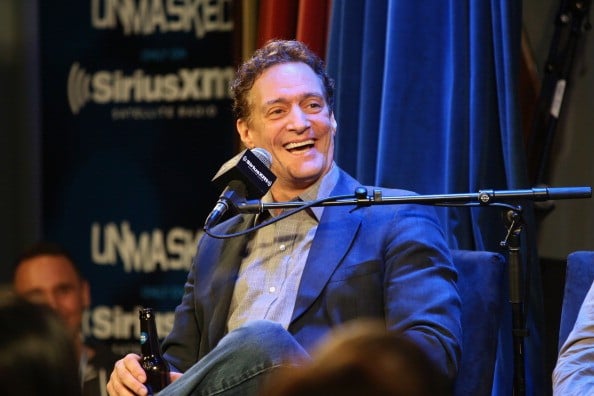 Anthony Cumia married Jennifer Cumia in 1989, only seven months after Jennifer broke up with Anthony's brother Joe. The couple stayed married until 2002. Anthony later stated that marrying Jennifer was the biggest mistake of his life.

Since 2002, Cumia has had several short-term relationships, one ending with him pleading guilty to third-degree assault charges. For his high school reunion, Anthony brought an 18-year-old girl as his date.

Anthony Cumia is responsible for countless public disputes. In April 1998, along with co-host Gregg Hughes, Anthony was fired from WAFF Boston for falsely claiming the Mayor of Boston, Thomas Menino, was killed in a car accident while trafficking a young female prostitute from Haiti.

In 2002, the "Opie and Anthony" show was canceled by WNEW in New York City for persuading couples to have sex in public, resulting in the arrest of a Virginia couple found copulating inside the St.James Cathedral.

The "Opie and Anthony" show was suspended by XM in 2007 after Cumia and Hughes invited a homeless man on air who expressed his desire to rape Condoleezza Rice and Laura Bush. In 2014, SiriusXM fired Anthony for releasing a series of racially charged tweets against a black woman, where he called her an "animal pig" and a "savage, illegal, violent animal."

In 2015, after an argument with his girlfriend, Cumia was arrested by Nassau County on charges of strangulation, assault, criminal mischief, and unlawful imprisonment. Anthony later pled guilty to third-degree assault and criminal obstruction of breathing.

In 2006, Anthony Cumia paid $2.9 million for a 4,589-square-foot home in Roslyn Heights, New York. The house includes five bedrooms, five full bathrooms, plus two half-bathrooms. As of October 2020, his house is up for sale for $3.1 million and "boasts every amenity one can imagine," according to the listing. He ultimately accepted $2.492 million for the home in September 2021. 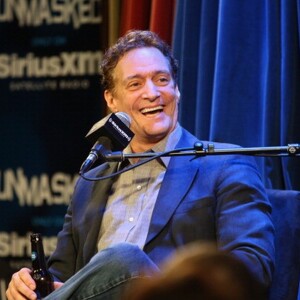