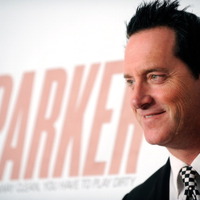 Anthony Cools is a Canadian hypnotist who has a net worth of $12 million. Anthony Cools has earned his net worth by performing nightly as a hypnotist at the Paris Hotel and Casino on the Las Vegas Strip. Anthony was born in Calgary, a city in the Province of Alberta, Canada. People come to watch his show because of his ability to hypnotically persuade audience volunteers to behave outrageously on stage. Most of his how revolved around X-rated, adult topics. He has had a lifelong fascination with hypnosis and a theatrical calling he has felt since childhood. When he was in college he studied for a television and film major. He started working as a radio disk jockey and a nightclub manager. Due to his dedication to the study of hypnosis he has developed the expertise to help thousands of people overcome behavioral problems. He has created several video tapes with techniques to help people overcome common issues such as; how to lose weight, stop smoking and overcome life-crippling phobias, he also gives private sessions. He has never been married, and is not looking to do so anytime soon. You can see bits of his on the TV show "Paradise City". His start as comedy hypnotist was an experiment to increase business in his own nightclub, in 1994. Many people who volunteer during his shows often purchase videos of their own uncensored performances. Every show is unique, his subjects eagerly obey his suggestions to play imaginary musical instruments, and sometimes he has them engage in dialogue with their own body parts or even make passionate love to furniture.