Anne Robinson net worth: TV presenter and game show host Anne Robinson has a net worth of $45 million. That net worth may come as a surprise to readers in the US, because she's mostly known for her short-lived NBC game show The Weakest Link. However, in the UK, Anne Robinson is much more famous for a variety of projects, including a version of The Weakest Link that's been blessed with much more longevity. Anne Robinson's career began in the world of journalism, working for a news agency and then as the first female trainee at the Daily Mail. While at that publication, she grew uncomfortable after marrying her news editor. As a result of the marriage, Robinson had to leave the organization and joined up with The Sunday Times.

After bouncing around various news organizations in the UK, Robinson began appearing on television in 1982, making her debut on the panel discussion show Question Time. From there, Robinson continued to work in front of and behind the camera on shows like Watchdog. In the UK as in the US, Robinson is best known for her work as the host of The Weakest Link, where her caustic and stoic hosting style made her a TV phenomenon. 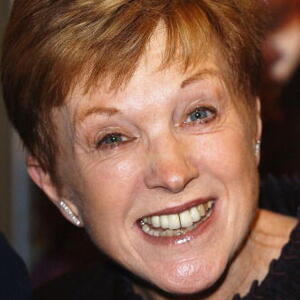