What is Ann Curry's Net Worth and Salary?

Ann Curry is an American television personality and journalist who has a net worth of $20 million dollars. Ann Curry has been on the beat for over 30 years, primarily covering wars and natural disasters. She has reported from wars in such places as Kosovo, Afghanistan, Lebanon, Darfur, Iraq, and Syria, and has covered such disasters as the 2004 Indian Ocean tsunami and the 2010 Haiti earthquake. Curry has served as an anchor on NBC News, "Today," and "Dateline NBC," and also hosted and produced "We'll Meet Again with Ann Curry" on PBS.

In June of 2012, she became the National and International Correspondent/Anchor for NBC News and the Anchor at Large for the Today show. She moved to co-anchor of Today from June 9, 2011 to June 28, 2012 and the program's substitute news anchor (sitting in for Matt Lauer) from March 1997 until becoming co-anchor. Curry was also the anchor of Dateline NBC from 2005 to 2011. In an emotional broadcast on the show in June of 2012, Curry announced she was leaving Today and that she had signed a new multi-year contract with the network as NBC News National and International Correspondent/Anchor and Today Anchor at Large. She now leads a seven-person unit producing content and reporting for NBC Nightly News with Brian Williams. Curry also continues to anchor various NBC News primetime specials.

Ann Curry was born on November 19, 1956 in Agaña, Guam to Robert, an American with Irish and German heritage, and Hiroe, who is Japanese. She is the oldest of five children. Growing up, Curry lived in Japan for several years; she went to Ernest J. King School on the US Fleet Activities Sasebo naval base in Nagasaki. She later relocated to Ashland, Oregon, where she attended Ashland High School. Curry went on to earn her BA degree in journalism from the University of Oregon.

Following her college graduation in 1978, Curry started her broadcasting career at KTVL in Medford, Oregon. There, she eventually became the station's first female reporter. In 1980, Curry moved to KGW in Portland, where she served as a reporter and anchor. Four years after that, she moved to Los Angeles to become a reporter at KCBS-TV. In that position, Curry won two Emmy Awards for her work reporting on the 1987 LA earthquake and the explosion of a gas pipeline in San Bernardino.

In 1990, Curry joined NBC News as the network's Chicago correspondent. The following year, she became the anchor of "NBC News at Sunrise," a position she held until 1996. Meanwhile, from 1994 to 1997, she was a substitute news anchor for Matt Lauer. After that, Curry became the news anchor of "Today"; remaining in that position until 2011, she became the show's second-longest serving anchor, behind only Frank Blair. While still on "Today," she also served as a co-anchor of "Dateline NBC" alongside Stone Phillips. When Phillips left in 2007, Curry became the primary anchor. From 2005 to 2011, she was the primary substitute anchor on "NBC Nightly News."

At NBC, Curry reported on a myriad of major global news stories. She filed stories from Albania, Rwanda, Baghdad, and Sri Lanka, among other places, and reported on the human toll of wars in Iraq, Kosovo, Lebanon, Afghanistan, Syria, and the Central African Republic. During the invasion of Afghanistan in 2001, Curry had an exclusive interview with General Tommy Franks. Later, in 2007, she won an Emmy Award, her third, for reporting on the crisis in Darfur. Beyond war zones, Curry covered natural disasters such as the 2004 Indian Ocean tsunami and the 2010 Haiti earthquake. 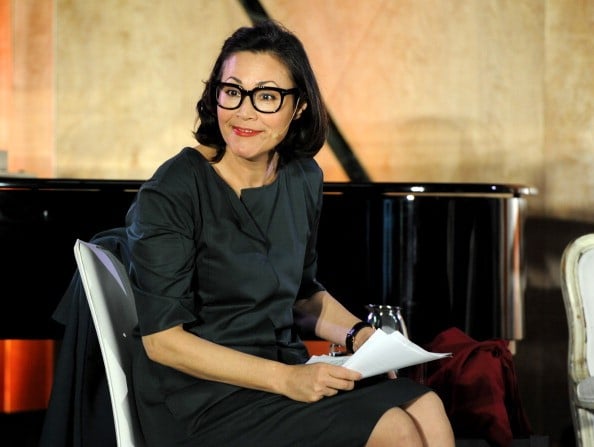 In June of 2012, Curry made an emotional announcement on air stating that she was leaving "Today," having signed a new contract with the network as a national and international correspondent and anchor. For a while after this, Curry led a small unit producing content and reporting for the programs "NBC Nightly News with Lester Holt," "Dateline NBC," and "Rock Center with Brian Williams." Additionally, she hosted a number of primetime specials on NBC News. In August of 2012, Curry appeared on "Today" for the first time after her departure to report from the Summer Olympics in London. She officially left NBC News in early 2015.

In one of her first major positions following her departure from NBC, Curry moderated a panel discussion between Lady Gaga and the Dalai Lama at the 84th United States Conference of Mayors in Indianapolis, Indiana. In 2018, she began hosting the docuseries "We'll Meet Again with Ann Curry" on PBS. The series followed survivors of tragic events as they were reunited with people they experienced those events with. In the first season, the show featured individuals who experienced such historical events as World War II, the Vietnam War, and the 9/11 terrorist attacks. "We'll Meet Again with Ann Curry" ran through early 2019.

Among her other post-NBC gigs, Curry served as a guest co-host on "The View" in January of 2018; on the program, she talked about the controversies around her "Today" departure, including allegations of racism. In 2019, Curry hosted "Chasing the Cure" on TNT/TBS.

Curry has been the recipient of numerous honors recognizing her achievements in journalism. In addition to her Emmy Awards, she has won the Associated Press's Certificate of Excellence; the NAACP's Excellence in Reporting; the Asian American Journalists Association's Vision Award; and four Golden Mikes. Additionally, Curry has earned honorary doctorate degrees from Southern Oregon University, Providence College, and Wheaton College.

In 1989, Curry married software executive Brian Ross, whom she had met in college. Together, they have a daughter named McKenzie and a son named William, and reside in New Canaan, Connecticut.

Curry has been substantially engaged in charitable work over the years. She has been involved with such organizations as Save the Children, Multiple Myeloma Research Foundation, AmeriCares, Airline Ambassadors International, and buildOn. 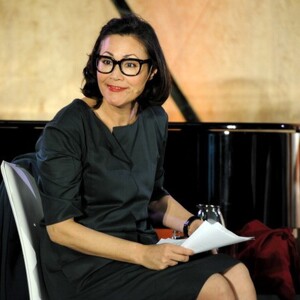