What is Angelina Pivarnick's net worth and salary?

Pivarnick worked as a bartender before joining the cast of "Jersey Shore." "Jersey Shore" premiered on MTV on December 4, 2009. Angelina was evicted from the "Shore" house in the third episode of season one when she refused to work her shift at the T-shirt shop the cast was required to work at. She was then on season two of "Jersey Shore" in Miami Beach, Florida. She again was kicked out of the house during season two after violent interactions with fellow cast members Michael Sorrentino and Nicole "Snooki" Polizzi. Pivarnick did not return for season three. In 2010, she released a song called "I'm Hot." She and her boyfriend appeared in season 1 of the VHI reality show "Couples Therapy" in March 2012.

In 2011, Pivarnick appeared on the promotional wrestling tour Total Nonstop Action Wrestling where she competed in a six-person tag team match, resulting in a smackdown from former "Jersey Shore" co-star Snooki. In 2011, she made an appearance in a music video for rap group Dacav5's song "Dirty Style." Pivarnick appeared also on the reality dating series "Excused," making it to the final round and chosen by Sergio to start dating each other. Pivarnick released a new song in August 2011 under the name Miss AP called "Gotta Go Out." It featured Tony Hanson "Fenix." It charted at No. 38 in the U.S. on the Billboard Dance/Club Play Songs list. The following year, she engaged in a debate with recording artist Adam Barta on the topic of gay marriage, which she said at the time that she was against. She later reversed her position after former "Jersey Shore" co-star JWoww criticized her on Twitter. Angelina later issued a public via TMZ. A few months later, she announced that she was releasing a new single in a collaboration with Barta called "Serendipity," in hopes of making amends with the LGBTQ community.

Mike The Situation Sorrentino Net Worth 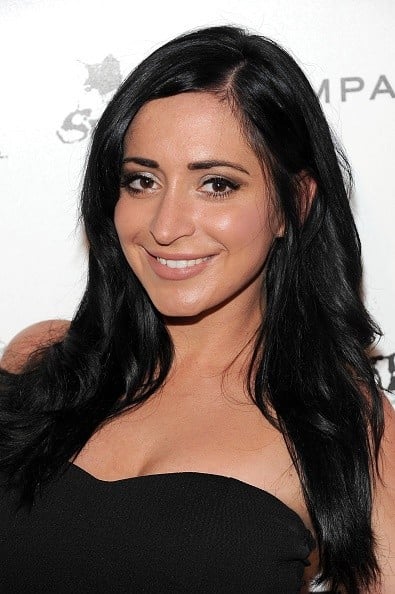 Later appearances on television include in 2018 with her fiance Chris Larangeira on the show "How Far Is Tattoo Far?" She also made a guest appearance in 2019 on "Double Shot at Love." Pivarnick joined the cast of "Jersey Shore: Family Vacation" in 2018 and later became a full time cast member in 2019. Pivarnick is now a registered emergency medical technician who works for the FDNY in Staten Island.

It has been rumored by people closest to Angelina that she faked a pregnancy as well as the miscarriage; they believe it was a publicity stunt. Pivarnick got engaged to Chris Larangeira in January 2018 after a year of dating and they married on November 20, 2019. In 2020, Angelina settled a lawsuit against a lieutenant who she accused of sexual harassment.