Angel Haze Net Worth: Angel Haze is an American rapper and singer who has a net worth of $500 thousand. Ana Ortiz was born Raykeea Angel Wilson in Detroit, Michigan in July 1991. She was brought up in the Greater Apostolic Faith which she likened to a cult. The family moved to Brooklyn, New York when she was 16 years old.

She has said she was sexually assaulted at the age of seven. Haze released her EP Reservation in 2012 for free online. She recorded a cover of "Cleanin' Out My Closet" by Eminem on her mixtape Classick in 2012. In 2013 she released her debut studio album Dirty Gold. The album contained the single "Battle Cry" which featured Sia and hit #12 on the U.K. R&B chart. She has also released a total of six mix tapes. Haze has made guest appearances for Dizzy Wright, Bassnectar, Rudimental, Skylar Grey, rdgldgrn, Stromae, Crudbump, and Woodkid. She has been nominated for an MTV Brand New for 2013 Award, Popdust New Pop Superstar of 2012 Award, and an O Music Award Best Web-Born Artist Award. She was named the third best Sound of 2013 by BBC. Her single "New York" was named the #29 best track of 2012 by NME and her song "Werkin' Girls" was named #75 best track of 2012 by Pitchfork Media. She describes herself as pansexual with an androgynous style. From 2014 to 2015 she dated Ireland Baldwin. 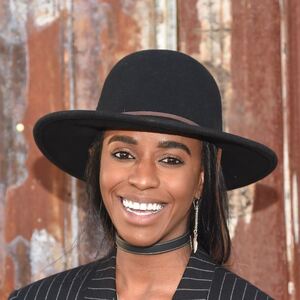