What is Andy Warhol's Net Worth?

Andy Warhol was an American artist who had a net worth equal to $220 million dollars at the time of his death, after adjusting for inflation and taking into account the value of his work. Andy Warhol was an artist, filmmaker, and producer who was one of the pioneering figures of the pop art movement in the 1960s. Among his most famous works are his paintings "Campbell's Soup Cans" and "Marilyn Diptych," as well as his experimental films "Empire" and "Chelsea Girls." Warhol was also known for The Factory, his New York studio where he assembled a coterie of renowned intellectuals, artists, celebrities, street people, drag queens, and more.

Many of his works can be seen at The Andy Warhol Museum in Pittsburgh, PA. The museum is the largest in the United States dedicated to a single artist. Warhol's art included painting, hand drawing, printmaking, photography, sculpture, silk screen, music, and film. He became a pioneer in computer generated art and used Amiga computers. Aside from being an artist Warhol founded Interview Magazine. He authored many books which include Popism: The Warhol Sixties and The Philosophy of Andy Warhol. Andy lived openly as a gay man before the gay liberation movement. Warhol is also credited with creating the term "15 minutes of fame". His paintings have been some of the most expensive artworks ever sold. Today his paintings routinely sell for hundreds of millions dollars.

Some of his more well-known paintings include Campbell's Soup Cans, Marilyn Monroe, and Elvis. Andy Warhol passed away on February 22, 1987 at 58 years old. He died in his sleep from a cardiac arrhythmia following gallbladder surgery.

Andy Warhol was born on August 6, 1928 in Pittsburgh, Pennsylvania as the fourth child of working-class Austrian-Hungarian immigrants Ondrej and Julia. When he was 13, his father was killed in an accident. Warhol attended Schenley High School as a teen, and went on to study commercial art at the Carnegie Institute of Technology. There, he joined the Modern Dance Club and the Beaux Arts Society, and was art director of the student art magazine Cano. Warhol graduated in 1949 with a BFA in pictorial design.

Following his college graduation, Warhol moved to New York City and started his career in magazine illustration and advertising. His first commission was drawing shoes for Glamour magazine. In the 50s, he was a designer for the shoe manufacturer Israel Miller; it was during this time that he developed his "blotted line" technique. Warhol had his first solo show in 1952 at the Hugo Gallery, and in 1956, participated in his first group exhibition at the Museum of Modern Art.

Stardom in the 60s

Warhol ascended to the peak of his fame in the 60s, when he became an early adopter of the screen printing process for his paintings. In 1962, he created one of his most iconic works, "Big Campbell's Soup Can with Can Opener (Vegetable)," which resulted in his most ubiquitous visual motif. This painting was his first to be exhibited in a museum when it was displayed at the Wadsworth Atheneum in July of 1962. The same month, Warhol opened an exhibition at the Ferus Gallery in Los Angeles, effectively marking the West Coast debut of pop art. His star continued to rise later in the year, when he exhibited his Marilyn Monroe pieces at Eleanor Ward's Stable Gallery in New York.

Throughout the 60s, Warhol created numerous paintings of iconic American subjects, including Marlon Brando, Elizabeth Taylor, Muhammad Ali, and Elvis Presley. He also became known for representing such objects as dollar bills, Coca-Cola bottles, and mushroom clouds. Warhol continued to have highly publicized exhibitions during the decade, including his second show at the Stable Gallery and the famous American Supermarket show at Paul Bianchini's gallery. 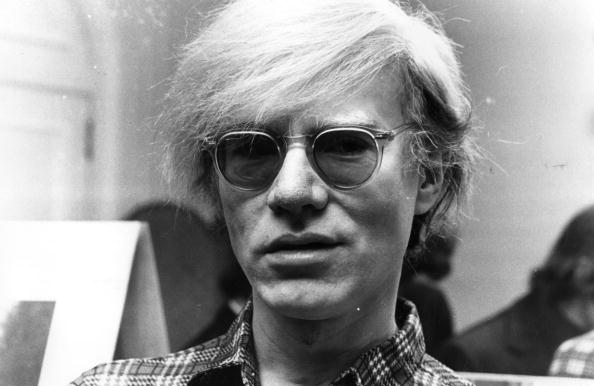 As he established himself as a leading innovator in the art world in the 60s, Warhol founded his New York studio, The Factory. There, he assembled a diverse group of artists, writers, bohemians, musicians, intellectuals, drag queens, and more. His crowd included such names as Billy Name, Ronald Tavel, Freddie Herko, Ondine, and Brigid Berlin. Warhol also helped groom a variety of creatives he called "superstars," including singer-songwriter Nico, whose band the Velvet Underground he produced and managed. Additionally, he cultivated the careers of actors such as Joe Dallesandro, Candy Darling, Edie Sedgwick, Jackie Curtis, Ultra Violet, and Viva. These performers and other Factory collaborators starred in many of Warhol's films, including "Eat," "Harlot," "Horse," "Beauty No. 1," "Chelsea Girls," and "Tub Girls."

In 1968, radical feminist writer Valerie Solanas, a marginal figure at The Factory, shot both Warhol and art critic and curator Mario Amaya. While Amaya sustained only minor injuries, Warhol was severely wounded and barely survived. Solanas was arrested the day after the incident, claiming she shot Warhol because he had too much control over her life.

Warhol had a retrospective exhibition at the Whitney Museum of American Art in 1971. A couple years later, he created his iconic portrait of Chinese Communist leader Mao Zedong, and two years after that, published his book "The Philosophy of Andy Warhol." Overall, Warhol grew less productive during the decade, spending much of his time assembling new wealthy patrons for portrait commissions. In 1979, he founded the New York Academy of Art with his longtime friend Stuart Pivar.

Warhol revived his critical and commercial success in the 80s, partly due to his connections to such popular young artists as Jean-Michel Basquiat, David Salle, and Julian Schnabel. He had his final career exhibition in 1987 at the Palazzo delle Stelline in Milan, Italy.

Warhol was noted for his homosexuality, and declared himself a virgin as late as 1980, although this claim is disputed. Famously, his lovers included BillyBoy, Billy Name, Charles Lisanby, Jon Gould, and John Giorno. For 12 years, he was in a relationship with Jed Johnson.

On February 22, 1987, Warhol passed away at the age of 58 following a gallbladder operation. Prior to this, he had repeatedly delayed checkups for his gallbladder problems. He is interred in St. John the Baptist Byzantine Catholic Cemetery in Bethel Park, Pennsylvania.

Warhol's legacy looms large over the art world. His works, which sell for millions at auction, have become synonymous with the pop art movement they helped pioneer, and continue to influence visual artists around the world. Retrospective exhibitions, books, and films on his life and work are numerous. Additionally, the Andy Warhol Museum was established in his hometown of Pittsburgh, while the Warhol Foundation was founded to fund the visual arts in the United States. 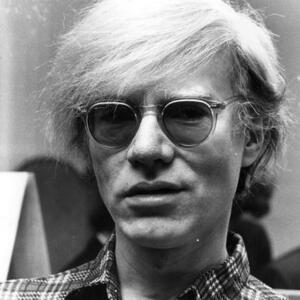