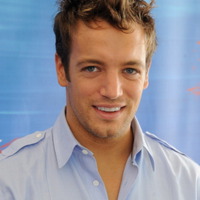 Ames Brown is an American banker who has a net worth of $3.5 million. Ames Brown has earned his net worth as a New York banker as well as one of the contestants on Season 7 of The Bachelorette. The seventh season of ABC reality television series premiered on May 23, 2011, featuring Ashley Hebert dating 25 men. Brown was one of the contestants trying to win Ashley's heart; he also appeared in season two of the elimination-style two-hour American reality television game show Bachelor Pad. The show features contestants from The Bachelor and The Bachelorette debuted on August 9, 2010 on ABC. Brown withdrew from the game in episode two. He earned a master's degree from Columbia University, he also holds an undergraduate degree from Yale and he's currently pursuing his DBA at Harvard. At the young age of 30 he loves to run in marathons, and works out with a trainer 6 times every week.