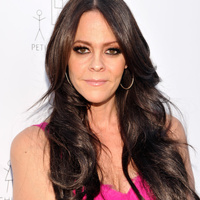 Allison Melnick is an American socialite, bar owner, and reality TV star, fashion design and has a net worth of $11.5 million. Allison Melnick has earned her net worth as a bar owner and appearing on different reality shows. She graduated from Parsons School of Design and took a job with fashion icon Betsey Johnson as an accessories designer. She is drawn to the music, fashion, and urban energy of stories about Manhattan nightclubs. She is a club promoter and professional "party girl "and a reality TV participant. She started her career as a door girl at a local New York nightclub, where she first met Paris Hilton. She is friends with Paris Hilton and is a major player in the Los Angeles night-life scene. In 2000, Melnick spent two years with Bad Boy Entertainment at the label's marketing department. In 2004 she was cast in the short-lived SpikeTV reality show The Club. She immediately began to hone her promotional skills and quickly became an expert in social networking and club management. She moved to Los Angeles and worked as a club promoter until opening her own bar the Apple Lounge in 2008, which is in the basement of the Apple restaurant. She is currently working on opening a second lounge. She is one of the best known party promoters on the scene, coordinating with clubs from Concorde to Nacional, as well as exclusive events for the Grammys. She is currently part of the Oxygen reality series, which is The World According to Paris. She is seen as part of Hilton's entourage. She plans to expand on her passion for music with handpicked deejays spinning "old school hip-hop, disco, and old classic rock 'n' roll. Allison Melnick was born June 4, 1971 in Queens, New York. She is happily single and hosting three parties a week, which is featured on Paris' new reality TV series The World According to Paris.