Alison Haislip net worth: Alison Haislip is an American actress and television host who has a net worth of $500 thousand. Alison Haislip has earned her net worth as the former TV correspondent for Attack of the Show! On G4, and also on NBC's show The Voice. She was born on February 6, 1981 in Tewksbury Township, New Jersey where she is a graduate from Voorhees High School.

She studied theater at Boston College and then relocated to the Los Angeles area where she currently resides to pursue her acting career. Allison hosted a weekly podcast for the G4 website, from May 2008 until February 2009 the podcasts varied in length from two to five minutes. She was also the co-host alongside Blair Herter for the first season of American Ninja Warrior; she was also the sideline reporter on the second and third season of the show. In 2009 Haislip appeared in several short HD films with a troupe of actors, which is currently available for viewing on YouTube. The film titled "New Moongasm – A New Moon Parody" was uploaded on June 15, 2009, next "Hi. I'm Joel Rush. On June 29, 2009, with a third film, titled "Love Automatically" was uploaded on July 26, 2009. Haislip also was the director of the film "Love Automatically". 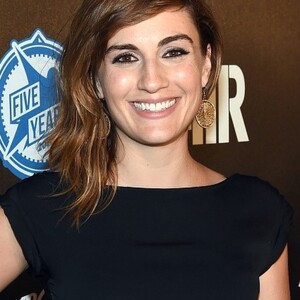