She is best known for appearing on ABC's reality TV show, the Bachelor, for which she was a contestant in 2010. However, she left the show when her company of work, Facebook, told her she had to go back to work or quit her position. She then returned to ABC in order to star in the Bachelorette, in which various men competed for her affection. At the conclusion of the show in 2011, she became engaged to Roberto Martinez, with whom she moved to San Diego in order to take a position as a news correspondent for the local Fox channel. As well as the host of a lifestyle show, 1st Look on NBC. The pair officially ended their engagement in November of 2011. Since her reality show appearances she has also served as a judge for Miss USA in 2012, as well as becoming an E! correspondent. 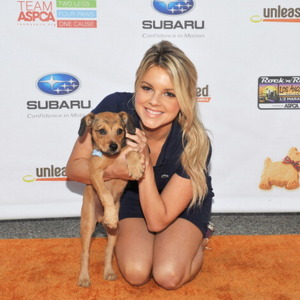