Part of her duties as Executive Editor are to spotlight the latest fashion trends as well as up-and-coming Latin film and TV stars. Alexia was married to Herman Echevarria until his death in September 2016 at the age of 61. Alexia as two children from her previous marriage, Peter and Frankie. In 2011, Frankie was involved in a horrific car accident after Alexia filmed the first season of the Real Housewives of Miami and viewers have watched her strength while dealing with his recovery. Alexia and Herman were definitely a who's who couple in Miami, but while watching the pair, it is evident that Alexia's family is the most important aspect in her life. In 2014, it was reported that Alexia and Herman owed the IRS $94,078.44 in taxes for 2009. According to the Miami-Dade County clerk's office, the Echevarrias had a lien on their Miami Beach pad, but the couple has since paid the back taxes and is no longer in danger of losing their home. In another court case, Alexia sued her insurance company, Garcia Lorenzo & Associates for $2 million, following the 2011 car accident that drastically affected Frankie, claiming they dropped the ball when it came to executing her insurance policy. She said she was left holding the bag due to Garcia Lorenzo & Associates' shoddy coverage. In March 2017, BankUnited filed a lawsuit against Alexia alleging that she has not made payments on the condo she shared with her late husband. Around the same time, Alexia filed for a temporary injunction against her two stepsons, accusing them of trying to seize property and assets left to her by Herman. 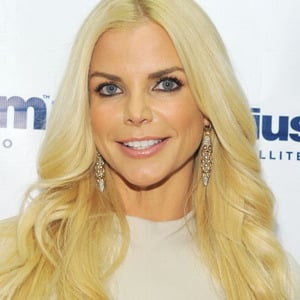