Alexander O'Neal net worth: Alexander O'Neal is an American R&B singer who has a net worth of $3 million. He is best known for the songs "If You Were Here Tonight", "Criticize" and "Fake" and the duets with Cherrelle, "Saturday Love" and "Never Knew Love Like This. Throughout his career, he has been popular in both the US and the UK Charts. O'Neal was born in 1953 in Natchez, Mississippi, but moved to Minneapolis when he was 20 and attended Alcorn State University.

He joined a group called "The Mystics" and played the local coverband circuit. O'Neal spent a short time in a group "Enterprise" before being recruited into "Flyte Tyme", a band that included Jimmy Jam, Terry Lewis and Monte Moir. He has released 10 successful albums that date back to 1985 and he has also appeared on several compilation albums. In addition to his successful career in music, O'Neal has also participated in a number of reality television series. In 2006, O'Neal appeared on "The Weakest Link" All Singing All Dancing Edition. He was the 5th contestant voted off. That same year, O'Neal participated on the British reality singing contest show "Just the Two of Us" and again appeared on the show in 2007. In 2008, O'Neal took part in a "Wife Swap UK" special, swapping his wife Cynthia with broadcaster and TV personality Jilly Goolden. In 2011, the TV One series "Unsung" profiled his rise to fame, along with the story of Cherrelle, and in 2015 he joined the cast of Britain's "Celebrity Big Brother". 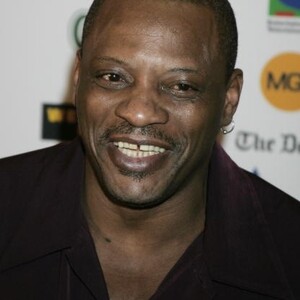